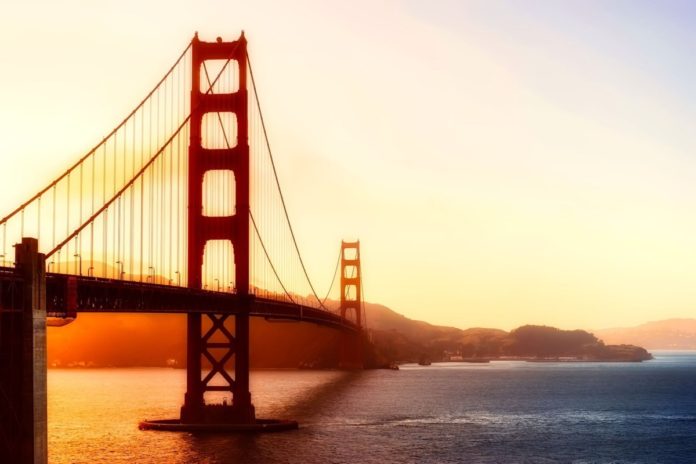 My family had the opportunity to attend the kickoff service at The Fathers House SF in San Francisco, CA in late September. Our daughter was part of the serving team our church sent to help.

As our daughter was getting out of the car, Pastor Tim Bittle was striding up the steps of the San Francisco Scottish Rite Masonic Center (their current location), and was heard saying, “Let’s do this people this is not a drill!” The excitement was palpable three hours before the 10 a.m. service was set to begin. 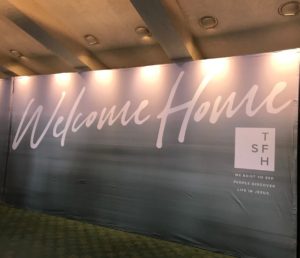 Pastors Tim and Robyn Bittle were Associate Pastors at The Fathers House Vacaville for ten years. About five years ago they were talking with their Pastor about the ministry, he mentioned another couple who was pastoring a church in a major city in the United States and told them, “You guys could build a church like that in San Francisco.”

A seed was laid and the Bittles began telling people they were planting a church in San Francisco.

They started visiting San Francisco on a regular basis, having date nights there and exploring with their family new places to dine and the many different neighborhoods and as Pastor Robyn puts it, “basically started dating San Francisco. It wasn’t just the city but the people we started falling in love with.”

Pastor Tim, wanting to be sure God was calling them to plant a church in San Francisco, launched into twenty-one days of prayer and fasting.

As he sat down one day to pray he received the confirmation he was looking for. He opened his computer, hit shuffle on his music app and the song that played was St. Francis (St. Francis gave up everything he owned and lived a life of poverty simply to share the gospel message and love people he did not know. He is the namesake of San Francisco) by Kristene DeMarco. He discovered that Kristene wrote this song during the few years she spent in San Francisco. She felt God wanted to do something momentous in San Francisco but the timing wasn’t right. Pastor Tim said “So she began to sing this song about a time that would come. Where God would do something in San Francisco that would be unheard of… in that moment I felt the Holy Spirit say now is the time, she was singing about this season.” 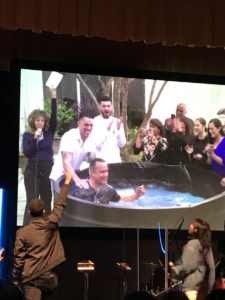 Pastors Tim and Robyn are engaging, lively, gracious, and welcoming. Pastor Robyn said, “You saw the welcome home sign out front. Welcome home is not a slogan you are welcome here. One of our core values around here is to become family.” As we watched The Fathers House first baptism in their new home Pastor Robyn read from Romans 6:4.

“We were therefore buried with him through baptism into death in order that, just as Christ was raised from the dead through the glory of the Father, we too may live a new life.”

Pastor Tim wrapped his sermon around the story of Nehemiah who loved and fought for people he didn’t know. He went to help the Israelites rebuild the wall and gates around Jerusalem. He didn’t allow himself to be distracted by those who taunted him or attempted to cause him to fail at his job. With this in mind Pastor, Tim expressed that it is important to know what matters and what we are fighting for. In a short video, we learned during the 1970’s San Francisco was the place of one of the greatest revivals the world has ever seen.

San Francisco remains the most unreached city in the Nation and the Sunset District.

Pastors Tim and Robyn have settled is the most unreached area within San Francisco. Pastor Tim said, “We are unapologetically for people.” The Fathers House SF is believing God to move in a big way and bring revival to San Francisco once again. Pastor Tim reminded us of Nehemiah’s words: 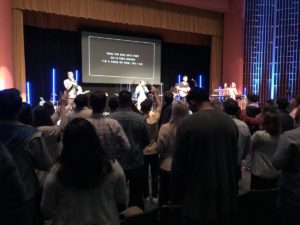 “Remember the Lord, who is great and glorious, and fight for your brothers, your sons, your daughters, your wives, and your homes!” Nehemiah 4:14b.

He also encouraged us to remember three things: 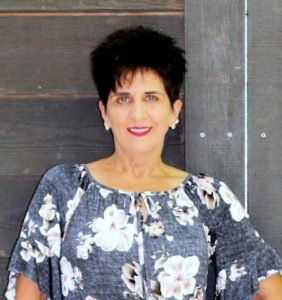 Terese Belme’s passion is to come alongside others and encourage them in their identity, authority, and inheritance in Jesus as ambassadors to the kingdom of God. Terese is a contributing author to Inspire Christian Writers blog “Love” (2017) and “Kindness” (2018) Anthologies.
www.tbelme.wordpress.com, www.pinterest.com/tbelme

A Life of Significance