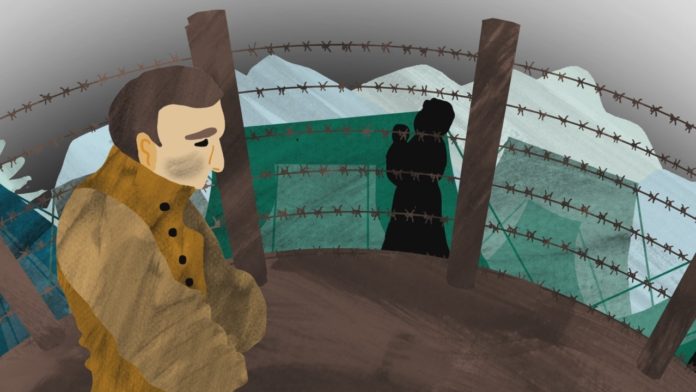 Theodor Davidovic was a Second World War refugee from Serbia who came to Scotland in 1947 and his inspiring life story has been turned into a new animated film, Scotsman reports.

Mr. Davidovic was an orphan who was sold to domestic service when he was 12. At 16, he joined the resistance movement to fight Germany. When the war ended, he lived in tents in refugee camps in Italy and Germany.

As a displaced person, he relied on relief goods from Christian Aid in the camps. He said he never forgot the food packages given by the Christians. Those parcels saved his life during those tumultuous times. Since then, he vowed to do everything he can to repay the charity group.

The war refugee recalled that he escaped the camp at 22 and found his way to Scotland. For a living, he worked as a coal miner and after four years, he met his future wife, Betty. They married in 1953 and they have two sons and four grandchildren, Kingdom FM reports.

I appeal to all the Christians: your Christianity is not only to come and pray and sing hymns. It is to put your belief in actions–helping somebody that needs your help and showing love and compassion to the wider world. ~Theodor Davidovic

“I came to Scotland as a refugee in 1947 and I am grateful for the sanctuary and safety that I found and I couldn’t have been happier,” the 92-year-old said.

“When I was walking in the world as a refugee, there was at least peace in the world but now there is war and it is not people’s fault that they are refugees,” he added.

To honor his promise while he was living in refugee camps, Mr. Davidovic organized various fund raising activities for Christian Aid. He ran local youth club events, plant sales, and barbecues to help the charity. He has been supporting the group since its beginnings 60 years ago.

Mr. Davidovic calls on other Christians to become active believers. “I appeal to all the Christians: your Christianity is not only to come and pray and sing hymns. It is to put your belief in actions—helping somebody that needs your help and showing love and compassion to the wider world.”

Sally Foster-Fulton, head of Christian Aid Scotland, revealed that around one million refugees crossed into Europe in 2015 alone.

“Christian Aid began as a response from churches in the UK to the refugee crisis after World War II. There is so much work still to do,” she said. “This Christian Aid Week we invite people everyone to join us, standing in solidarity and support with refugees and those living in poverty.”

The film is part of Mr. Davidovic’s way of supporting Charity Aid. The Christian Aid Week will be held on May 14-20.

Bavaria to Display Crosses in all Government Buildings