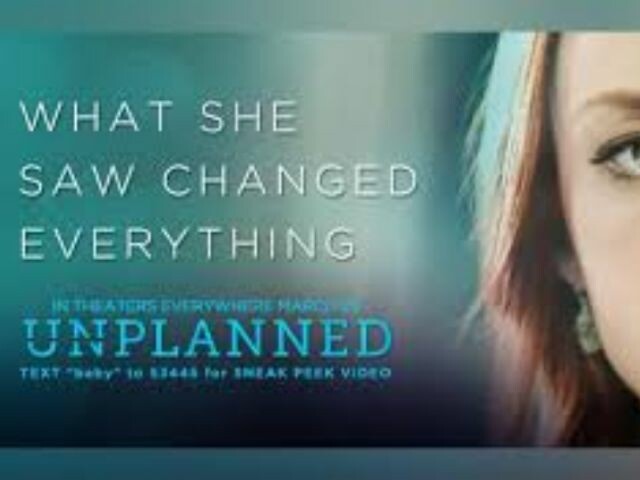 UNPLANNED is a movie about the dramatic true story of Abby Johnson who “only ever wanted to help women.” Abby became the youngest clinic director in the history of Planned Parenthood. She counseled countless women about their reproductive choices and was involved in about 22,000 abortions. But after a life-changing experience, Abby turns into an anti-abortion activist. 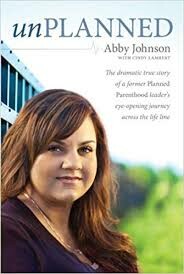 The film is an adaptation of Johnson’s best-selling 2010 autobiographical book of the same name. “Unplanned” is being distributed by PureFlix and is set to be released on 800 screens on March 29.

Southern California Christian Voice had the pleasure of interviewing writers and directors for ‘Unplanned,” Chuck Konzelman and Cary Solomon who were also behind the hit film “God’s Not Dead.”

How did God get your attention in order to make this film?

Subtly doesn’t work with us. We were sitting at our favorite coffee shop and a woman we know named Megan Harrington walked up to us with the book “Unplanned” and said, ‘you need to make this a movie.’ We looked at each other and said, ‘this is a chick flick.’ We wanted to make a Western. But the Lord had other ideas. We made the mistake of praying about it (the two chuckle). And then we read the book and after the first ten pages, we knew we needed to do it. It was so compelling.

So we asked God for our marching orders but were thrown for a loop when He said, ‘not yet. It doesn’t mean no. It means not yet.’ Four years later the spirit dropped on us when we were sitting in our office and God said, ‘now.’ That was ten days before Donald Trump became president. We came to realize timing was everything. Looking back in retrospect, we now have a very pro-life president and vice president comparatively to six years ago. Now with the infanticide laws that are popping up in all of these states, (the film) is for a time such as this.

How do you see the film influencing viewers?

I’ll tell you, this movie is anointed in an amazing way. The Lord is using this film as the counter for the infanticide laws. It’s going to change the world. It’s the Lord’s will. This is not a movie for just America—this is a global reach-out. Just last week in Georgia, before they enacted the “Heartbeat Bill,” we screened the film to state legislators. The information we got back was the movie strongly influenced the vote. So, even before the film’s release, it is influencing the world. One of our producers, Daryl Lefever is taking it to the Alaska legislators because they are debating the same type of thing up there.

We were disappointed we had to wait four years, of course. But we continued doing other things the Lord called us to do and continued to pray. Once the Lord said ‘now,’ we got very excited and started with the script. We prayed every day as we wrote it. He wrote things in the script and got rid of scenes He didn’t want. Truly it’s His movie—His hands, His feet, His eyes, ears, and so on.

After completing the script, we had a momentum going. God began to open up doors and tell us what to do and we would do it. We brought prayer teams on.

What role did prayer play in the making of the film?

Prayer was a major component. We knew we wanted to be the first movie that had a budget item of prayer ministry. We had a five-person team headed by husband and wife, Gabriel and Lorraine Varela— plus pastors, priests, evangelicals, Lutherans from all over the country. The team coordinated various well-known pastors like Rick Warren and they would fly to the set and bring a few people with them. They would stay for a day or two and pray, then once they left another group would come in. The prayer team was on set every single day with us. I can honestly say, they worked harder than we did. All day people would walk up to them on set and ask for prayer.

Prayer was a major component. We knew we wanted to be the first movie that had a budget item of prayer ministry.

There were miraculous healings on set. During a voluntary prayer before shootings, a girl was totally healed from Lupus. While filming one of the biggest and toughest scenes where Ashley Bracher who plays Abby, is in the shower after taking the RU846 pill that would dispose of the child within her—it was a terrible and emotional scene—she didn’t realize that surrounding the set of all four walls, there were people with their hands on those walls praying. When Abby walked off the set, she said, ‘I’m done. I’ve got nothing left. But it’s the funniest thing, I just felt the presence of the Lord. I could just feel the power of prayer all around me. It was the only way I was able to complete the scene because I was totally emotionally exhausted.’

There was a cloud of the Lord that dwelled over our set.

What opposition, difficulty, or spiritual warfare did you experience?

We became very quickly aware that the favorite thing of the devil is to murder children.The first thing the devil did after Christ was born was the slaughter the innocent. It hurts God the most. Once we committed ourselves to do the movie, we’ve had all kinds of crazy that have happened. Now, the Lord told us, ‘I am with you. I will protect you. Go forward and do not be afraid because this is for my glory.’ He also told us to put on our armour—pick up our shield, our sword, and helmet and walk forward and take the battlefield. But we should not fear because He said, ‘I will wage the battle not you.’

We had a dozen car crashes (with people involved in the film) that were catastrophic— like cars getting ripped in half, yet there were no deaths or major injuries. A girl the other day got stuck between a truck and a barrier wall and the truck was dragging her down the highway.

Our lead actress was coming down the highway from Atlanta to North Carolina on a dark road and out of nowhere, a deer jumped backward into her car. That never happens. The deer rolled up on her hood, crushed her window causing the airbags to go off, and the electrical system died. She’s sitting in the middle of a dark trucking highway with airbags that did not deflate. So, she was pinned with no lights. And yet she sat for fifteen minutes until they (help) got there.

One of our girls out of Massachusetts was riding her bicycle and hit by a car, thrown off her bike over another car, split the helmet in two and totally gets up and walks away without injury.

We have prayed against arguments and discord on set and with the film. We walk in faith every time there’s a problem. We found that if we just surrender to the Lord, it all works out.

How can we help?

What message do you hope the film sends to viewers?

This is not a movie about condemnation screaming, I’m right and you’re wrong. It’s not about pointing fingers. This is a movie of forgiveness, redemption, hope, and mercy.  We are all sinners and have been through terrible ordeals. This movie shows how all of that can be put aside.

After watching the screening of the film, we’ve had thousands of women come and tell us about having an abortion thirty or forty years ago. And for the first time in their life, they are free. What is the value of that?

Men are telling us they are profoundly affected. We see men coming in and assuming responsibility. A lot of cases these guys forced their girlfriend or someone they cared about (or not) into having an abortion.

This is a humanitarian issue. This is a film about love.

The Lord is about truth. We didn’t improvise, propagandize, manipulate, we didn’t take sides. We felt the Lord strongly say to us, ‘Tell the story. Tell the truth.’ The truth will set you free and that’s exactly what we did.

Since 1980 there have been 1.5 billion abortions worldwide. There have to be a billion post-abortion women. They are in pain and suffering. If the movie can lighten that load, what else can we say?

We want viewers to come into the train station and put down the baggage they have. When the train comes into the station, we want them to be able to get on the train and leave the baggage behind and take the train to freedom, caring, redemption, and, love.

Won’t You Be My Neighbor? Movie Review

Harvest Events in the High Desert