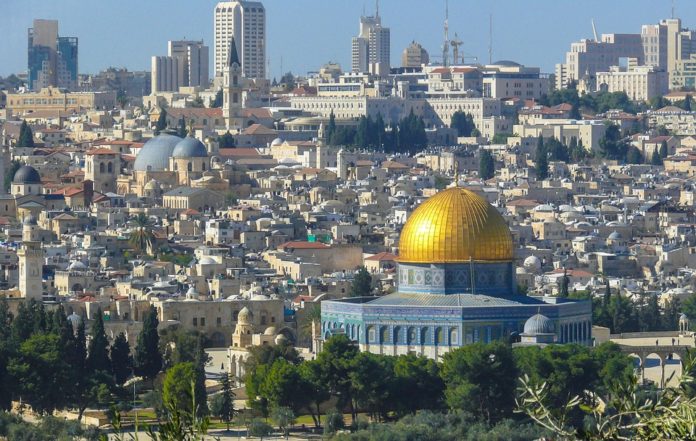 The United States, Germany, Italy and seven other board members voted against it.

The declaration was backed by 22 countries, and Palentine lauded the move as a “step forward” and a “victory for international law.” The United States, Germany, Italy and seven other board members voted against it.

The resolution called on Israel to stop “persistent excavations, tunneling, works and projects in East Jerusalem.” It criticized Israel’s restrictive rules on Muslims worshiping at the Temple Mount. The move was submitted by Algeria, Egypt, Lebanon, Morocco, Oman, Qatar and Sudan.

The Jerusalem hilltop is a revered site for both Jews and Muslims. In Judaism, it is believed to be the location of two destroyed Biblical temples. In Islam, it is said to be where prophet muhammad ascended to heaven.

Palestinian Foreign Minister Riyad Malki praised the latest resolution, saying, “We will face all the campaigns of distortion and destruction led by the Israeli occupation authority, armed with international law and the will of our Palestinian people who are capable of creating a future free from occupation.”

Meantime, Israel condemned UNESCO’s vote and the nation’s politicians called for the expulsion of the UN from its headquarters in Jerusalem, reports The Independent.

Israel’s Culture and Sport Minister Miri Regev stated in an interview, “50 years of our sovereignty in the city, there is no need for the presence of UN observers.”

However, Israel’s ambassador to UNESCO, Carmel Shama Hacohen asked the country to deliberate on the repercussions of the latest resolution and “weigh the issue carefully” before responding.

Lifeway to Sell HQ and Shift to New Work Environment