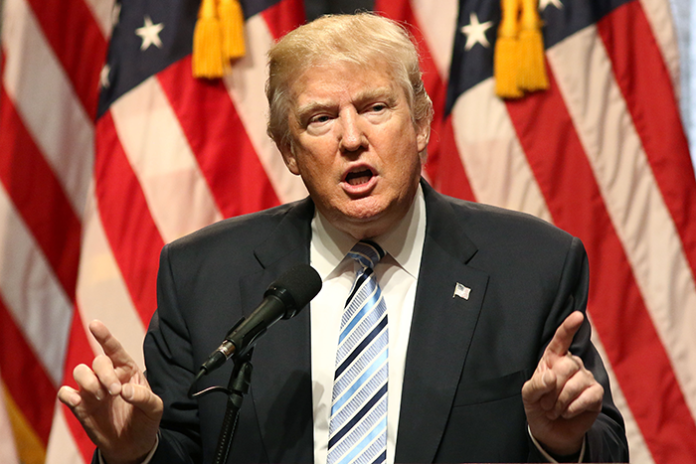 President Donald Trump pushed his pro-life stance during the annual National Prayer Breakfast on February 7, 2019 in Washington D.C. Trump received a standing ovation for his anti-abortion message as he vowed to defend life, especially those of the unborn, reports The Straits Times.

“All children, born and unborn, are made in the holy image of God,” the president said. “Every life is sacred, and every soul is a precious gift from Heaven.” To back his stand, he quoted the Bible, “As the Lord says in Jeremiah, ‘Before I formed you in the womb, I knew you. Before you were born, I set you apart.”

All children, born and unborn, are made in the holy image of God. —US President Donald Trump

Following his State of the Union address on February 5 where he denounced late-term abortion, Trump assured pro-life Americans that he will support them and will use his power to stop any legislation that “weakened the protection of human life.”

In line with his pro-life stand, Trump said he supports the right of faith-based adoption organizations to help children be adopted by families based on their religious beliefs, reports The Catholic Register.

“My administration is working to ensure that faith-based adoption agencies are able to help vulnerable children find their forever families while following their deeply held beliefs,” he said.

In addition, the president promised to work with faith-based agencies that help people who were victims of human trafficking. “Together we will end the scourge of modern-day slavery, which because of the internet is at levels nobody can believe.”

Trump ended his speech with an encouraging message that Americans were “blessed to live in a land of faith where all things are possible.” He called on Americans to pray for the country and its children.

“Let us pray therefore for the good our people, for the strength of our families for the safety of our citizens, for the fulfillment of our deepest hopes and our highest potential. And let us always give thanks of the miracle of life, the majesty of creation and the grace of almighty God.”

Tangible Ways to Thank Our Veterans

More than Half a Million Students Joined ‘Bring Your Bible to...

Biking from Texas to Alaska to Fight Cancer