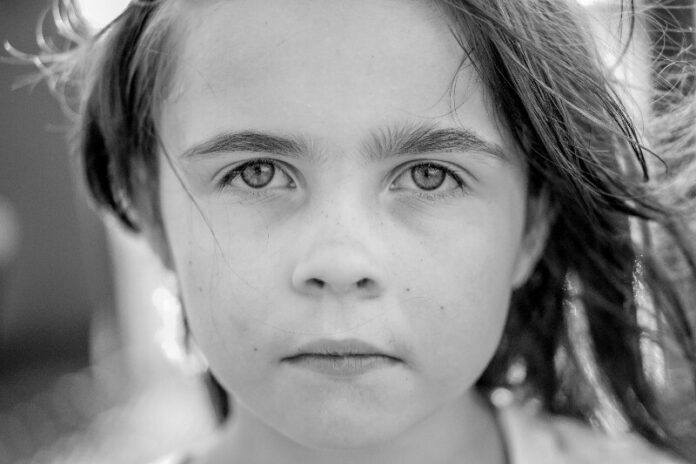 I’m confident the only reason I’ve known that human trafficking exists in Southern California, and not just in some faraway land, is the fact that my husband’s a cop.

Living so close to the 405 FWY, he wouldn’t let the kids ride the half-mile to Target themselves, or walk to 7 Eleven. He knew that, with SoCal’s vast network of freeways and airports, the boys could be grabbed and out of the country in minutes. They didn’t really appreciate this protection.

I’ve never done anything with this knowledge other than warning my kids (argue with them, really) about their limitations. But this year, something sparked in me. This summer’s talk of financier Epstein and his island got me angry. How a man could get away with this slavery was infuriating, that there was a demand was sickening. Then I read about a couple here in the states who were repeatedly selling their baby from their own home. I learned the ugly truth that the U.S. is the number one consumer of child sexual abuse material.

I asked my husband what I, as a housewife from Orange County, could do to STOP the selling of children.

I didn’t just want to help out a home. I wanted to keep it from ever happening. I was praying, asking God what He would have me do. A few days later I learned about Operation Underground Railroad.

The founder, Tim Ballard is a husband and father of nine. He was a special agent with the Department of Homeland Security and was a part of the Internet Crimes Against Children Task Force and Child Sex Tourism Jump Teams. He currently serves as the co-chair of the White House Public-Private Advisory Council to End Human Trafficking.

When international red tape kept him from being able to help recover a pastor’s child who was kidnapped abroad, Tim started Operation Underground Railroad (O.U.R). The organization now exists to rescue children, worldwide, from sex-slavery. They work with local governments to organize rescues and provide resources for survivors. O.U.R. even places rescued children with adoptive families who will love and protect them. They’ve rescued thousands of men, women, and children from this terrible darkness—and have captured more than a thousand traffickers and predators.

Seeing that they were so active in the fight, I signed up as a volunteer. I wanted to shine light on darkness, to create awareness. I attended a rally in July and brought my teen with me. Knowing I wasn’t going to be part of an O.U.R. extraction team, I was expecting to maybe help stuff envelopes in an office. I asked God if I was on the right track, to give me a scripture for this season.

This is what God showed me:

Correct oppression. The best way to do this is to first let people know that modern-day slavery exists! If you’re in Southern California, chances are pretty good that you live near an airport, amusement park, or tourist destination. If that’s the case, human trafficking is happening in your own backyard.

Here are some things I’ve learned from O.U.R. There are more human slaves today than when it was legal—an estimated more than 42 million—at least a quarter of them are children! It’s a $153 billion dollar industry, catching up to drug trafficking as the fastest growing criminal enterprise. The most heavily trafficked people group are American children! I wasn’t in the dark about human trafficking, but I had no idea it was this bad.

I now volunteer as the Co-Chair for the Events Committee of the Operation Underground Railroad Orange County Volunteer Team. This month, National Slavery and Human Trafficking Prevention Month, we will be hosting a rally, a candlelight walk to shed light on this oppression that is modern-day slavery. Join us, and bring your light: a lantern, a flashlight, a flameless candle. Your presence will make a huge impact in the darkness.

Know the signs. Taking O.U.R.’s Signs of Trafficking Course can rescue a person from this slavery. It’s free and takes less than 30 minutes.

Chelsea Douthitt is a Southern California native, lives with her husband, Dan, and their two sons. Most of her time is spent serving her family, hosting her son’s band practices, and caring for succulents. Chelsea is also the Events Committee Co-Chair for Operation Underground Railroad Orange County Volunteer Team.

Oh, what a terrible plight. Thank you for your diligence in moving to protect those who need protection. God, I pray for the protection and rescue of all; and redemption for those in places of power to harm.

Thank you, Molly Jo! Joining you in prayer and bringing awareness to this horrific issue.

Patrick and the History of St. Patrick’s Day

It Takes A Village: One Woman’s Journey Helps Many