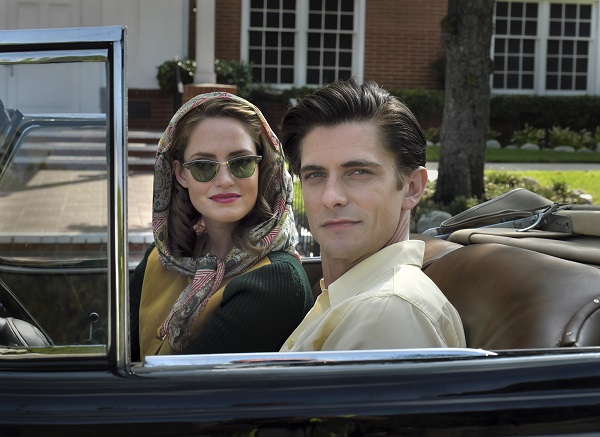 Cynthia Zamperini is a young woman married to a famous Olympian and a decorated World War II veteran.  But despite her outward appearance, she’s not feeling so fortunate. Her husband is Louis Zamperini, who was tortured for two years in a Japanese prison camp and who returned from World War II as a bitter and broken man. God, he says, is his enemy.

Cynthia and Louis Zamperini appear headed for a divorce … until a miracle happens.

He had hoped to make a repeat trip to the Olympics, but an injury shattered that dream. He wanted a good-paying job, but the lack of a degree closed door after door. So now he has turned to alcohol to cover his grief, depression and nightmares about the war. He visits bars instead of looking for a job, and he buys a pistol with the goal of traveling back to Japan and murdering his captors.

Cynthia and Louis Zamperini appear headed for a divorce … until a miracle happens. She invites him to the 1949 Los Angeles Billy Graham Crusade, where he is saved and his life transformed. Immediately, he sees his wife and young daughter in a different light.

Then Zamperini contemplates doing the unthinkable: traveling back to Japan to forgive – not kill – his captors.

The movie Unbroken: Path to Redemption (PG-13) opens this weekend, picking up where the 2014 movie Unbroken ended. It stars Samuel Hunt (Chicago Fire, Chicago P.D.) as Zamperini, Merritt Patterson (The Royals) as Cynthia, and Will Graham — the grandson of Billy Graham — as the famous evangelist. It is based on Laura Hillenbrand’s book.

Unbroken: Path to Redemption is an inspiring movie that recounts the most amazing chapter in Zamperini’s life – how he found the power, through Christ, to forgive the very men he formerly wanted to kill.

The 2014 film received criticism from some Christian leaders for its omission of Zamperini’s redemption. But Matthew Baer – who produced both films – said the intention always was to make a second movie if the first one had financial success. It would have been impossible, he said, to include the major chapters of Zamperini’s life – his boyhood, his Olympic career, his World War II service, his struggle with PTSD, his encounter with Cynthia, and his moment of salvation – without the movie being three hours.

And people don’t want to watch a three-hour movie, either.

I was among those who were critical of Unbroken for its lack of faith, but in hindsight, Baer made the right choice. Unbroken: Path to Redemption is an inspiring movie that recounts the most amazing chapter in Zamperini’s life – how he found the power, through Christ, to forgive the very men he formerly wanted to kill.

That said, it’s not a typical faith-based movie, and the spiritual scenes aren’t overbaked. This sequel has crossover appeal, even if it doesn’t have any language or sexuality (unlike other PG-13 movies).

Hunt and Patterson turn in solid performances, and Will Graham is impressive in his role as Billy Graham.

At about 90 minutes, the movie isn’t too long, either.

I wasn’t crazy about every scene, but overall, Unbroken: Path to Redemption is a well-done sequel. Michael Foust is the husband of an amazing wife named Julie and the father of four young children. He has covered the intersection of faith and entertainment for more than a decade. Visit his blog, MichaelFoust.com

December 22, 2018
You are going to send email to
Move Comment