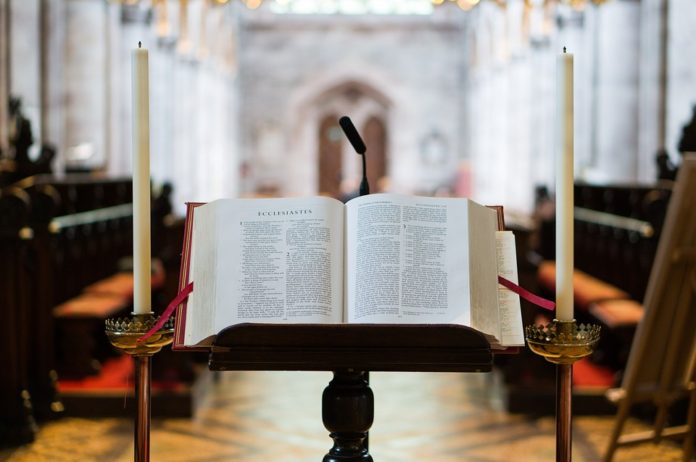 Many pastors are reluctant to talk about politics in their churches because of the potential backlash from members. The fear of losing congregants or financial support is an underlying concern for many church leaders when addressing controversial political topics. There are also those who believe that legislative issues and governing policies have no place in church life.

Yet, if the Church is to be salt and light to the world (Matt 5:13), how are we to address the pressing issues around us if we are biblically illiterate concerning those issues? If we are to honor the governing authorities as commanded in Romans 13:1, how do we do so if we are unaware or uninformed of their responsibilities and actions?

Being married to a pastor gives me a unique perspective on this issue. In our 25-plus years of pastoral ministry, we have wrestled with these same questions. Yet, we have learned to empower our congregation from a Kingdom perspective and not a worldly one. Rather than addressing political differences, our goal is to provide a solid biblical foundation from which believers can build a proper understanding of godly government and Kingdom practices.

Here are some of the core values we have gleaned through the years in talking about politics in the church:

As Christians, we can be governmental without being political (Is 9:7).
o   God created government to establish order, starting with the first family in Genesis (Gen 1:26-28). It is a biblical principle of stewardship and order (Prv 8:14-16). Politics (not mentioned in Scripture) is man’s activities within government and focuses more on party priorities, methodologies, and personal preferences.

Laws of the land determine the level of freedom believers have in sharing the Gospel. (1 Peter 2:13-14).
o   We may have strong biblical convictions concerning our faith practices, but without laws supporting those beliefs and values, our Christian witness will be greatly hindered and limited. It is our elected officials who make those laws.

The Church is accountable to the Lord for our collective witness (Mi 5:15).
o   When believers take part in the election process, we are being faithful stewards and responsible citizens (Rom 13:5-7). We can bring positive change to our nation by electing officials who are God-fearing and God-appointed (Rom 13:1). If we don’t, we have relinquished our God-given role to non-believers by default.

We equip believers with the principles of God’s Word and a Kingdom mindset (2 Tm 3:16-17).
o   Living out our faith in the public square is essential to our witness and demonstration of Kingdom values. Addressing issues based on scriptural truths empowers believers in their walk and strengthens our testimony.

We vote according to biblical values, not political parties (John 18:37).
o   Our standard for truth, life, and liberty is based on God’s Word. We pray for all government leaders regardless of political party but vote for candidates who support and uphold biblical values.

Even though pastors cannot endorse specific candidates, they can preach the Word of God as it pertains to various issues. Preaching from a Kingdom mindset can enable pastors to lead effectively and provide the needed direction the Church desperately needs in this hour.

We are being tested as a Church in this electoral process. Will we engage with the world we have been commissioned to reach or will we shrink back in fear? Can we declare the word of God with courage, demonstrating the same authority that Jesus had when he spoke of His Father’s Kingdom? Will we stand with our pastors and church leaders when they speak up for righteousness? Prayer is the starting point but should result in a unified voice from the Church and a bold proclamation of the Kingdom of God.

Shared with the permission of David Kubal, President/CEO of Intercessors for America