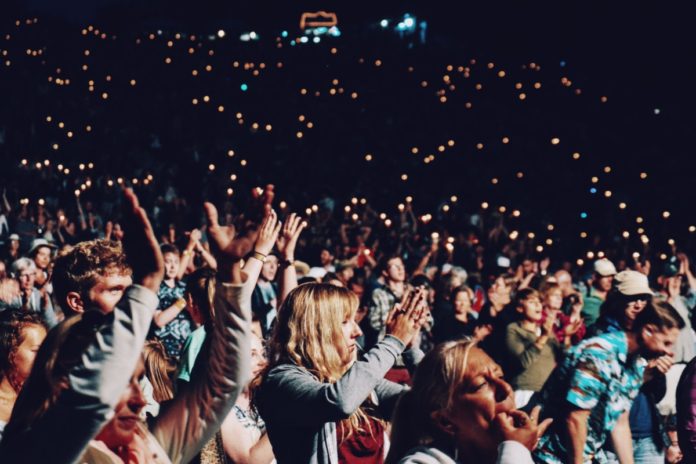 Thousands are expected to fill the Angel Stadium in Anaheim for a night of music and faith at this year’s 29th annual Harvest Crusade. SoCal Harvest is a free, three-night event held August 17-19, 2017 featuring music from top Christian artists, plus a gospel message by Greg Laurie.

In addition to bringing a friend, Pastor Greg Laurie also encourages attendees to bring a Bible in response to SoCal Harvest’s #StandWithTheBible campaign. The campaign was initiated after a story that made national headlines this past week. A local real estate company removed billboards from its Fashion Island mall and the Irvine Spectrum after receiving complaints and at least one “serious threat” that the ads featured an image of Pastor Laurie holding a Bible. 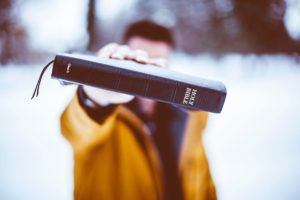 On the event’s opening night, this Friday, Laurie will ask everyone in attendance to hold the Bible high over their heads in a show of support for the “book of books.”

Pastor Greg will answer some of life’s most important questions, such as, “What is the meaning of life?” and “What happens when we die?”

In person attendance and live webcast views for these events total more than 8.9 million, with 509,897 deciding to make a profession of faith in Jesus Christ. Using technology, viewers around the world can connect via live webcasts, apps, podcasts, and social media in addition to radio and TV broadcasts.

The Harvest Crusades are designed for Christians to invite others to hear the gospel message. Typically, the events begin with contemporary worship music followed by guest appearances from popular Christian artists. 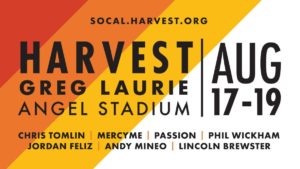 After the music, Pastor Laurie will present a life-saving, evangelistic message from the Bible.

Last year’s total attendance in person and online was 213,700 with 15,742 decisions made for Christ.

Are you planning on attending? Have you attended a Harvest Crusade in the past? Join the conversation in the comments below.