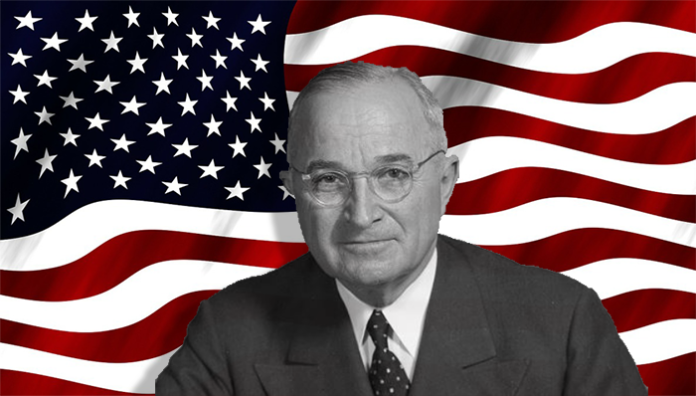 Are you aware that our nation has a law in place requiring our President to proclaim a National Day of Prayer each year on the first Thursday in May?

The National Day of Prayer was created in 1952 by a joint resolution of the United States Congress and signed into law by President Harry S. Truman. Each year since its genesis, the president has signed a proclamation, encouraging all Americans to pray on this day.

“Pray this way for kings and all who are in authority so that we can live peaceful and quiet lives marked by godliness and dignity.” 1 Timothy 2:2

Some Interesting History of Prayer in Our Nation

• The first call to prayer was in 1775 when the Continental Congress asked the colonies to pray for wisdom in forming a nation.

• In 1808, Thomas Jefferson proclaimed, “Fasting and prayer are religious exercises; the enjoining them an act of discipline. Every religious society has a right to determine for itself the time for these exercises, and the objects proper for them, according to their own particular tenets; and right can never be safer than in their hands, where the Constitution has deposited it.”

• The call to prayer has continued through our history, including President Lincoln’s proclamation of a day of “humiliation, fasting, and prayer” in 1863. The law signed by President Harry S. Truman in 1952 was amended and signed by President Reagan in 1988, permanently setting the day as the first Thursday of every May.

• According to The National Day of Prayer Task Force, this year’s theme is: UNITY
“Unity” as inspired by Scripture.

Ephesians 4:3, “Make every effort to keep the unity of the Spirit through the bond of peace.”

• The National Day of Prayer is for all Americans. It is a day that transcends differences, humbly bringing together citizens from all backgrounds in prayer before God, seeking His guidance for our leaders and His grace upon us as a people. According to The National Day of Prayer Task Force, it is estimated that over two million people have attended more than 30,000 observances at state capitols, county courthouses, on the steps of city halls, and in schools, businesses, churches, and homes.

Two years ago, the Task Force “hit the road” as they chronicled their fourth historic prayer journey through the United States with a bus tour encouraging thousands to pray for the more than 21,995,000 Americans who serve in local, state, and national government!

All Americans are encouraged to get involved in this year’s National Day of Prayer. To find or host an event near you go to https://www.nationaldayofprayer.net The website offers promotional kits, prayer guides, t-shirts, stickers, and more.
Another resource for prayer guides is Intercessors for America.

Patterson: ‘I will not preach the convention sermon’

Pastors and Politics: Preaching from a Kingdom Mindset

September 29, 2018
You are going to send email to
Move Comment