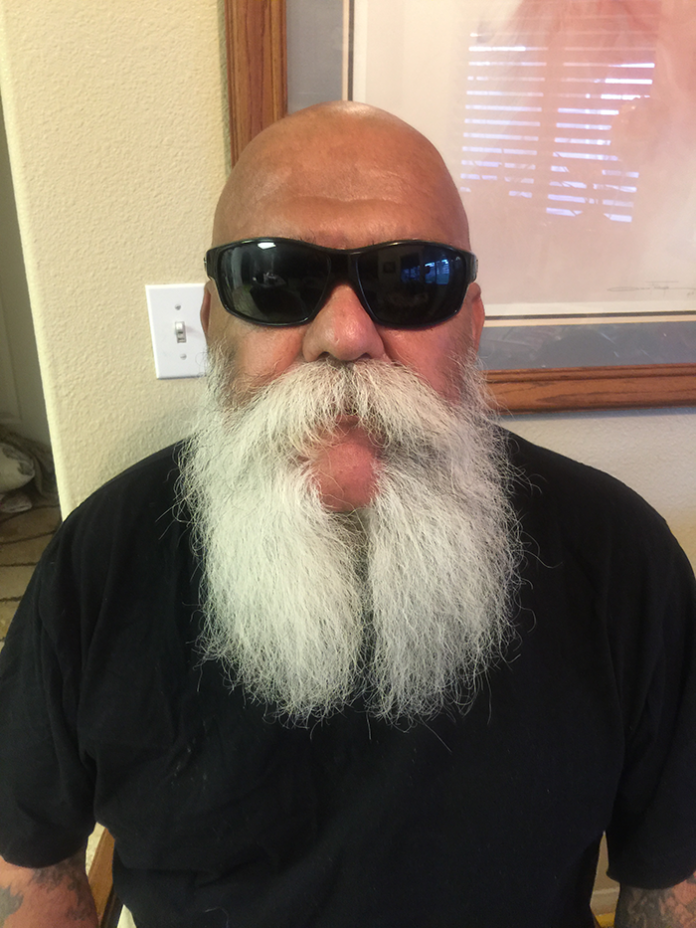 By the time Big Al Aceves was 15, he was committing crimes like robbery and selling drugs, landing him in prison. Having grown up in an abusive home, Al turned to gangs to be his family. The prison gangs taught young Al the ways to survive.

When he was out of prison, he was back to a life of crime. And then came the Vietnam War and he couldn’t wait to enlist for the draft.

“They were going to teach me to kill people and pay me for it,” Al said.

“They were going to teach me to kill people and pay me for it,” Al said.

After serving two tours as a member of 101st Airborne Division, nearly losing his leg in the infamous Battle of Hamburger Hill, Al came home to the United States. 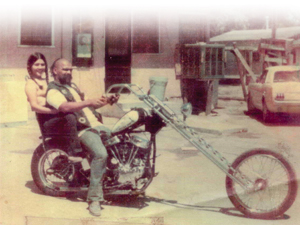 “On the plane ride home, I thought, maybe I’ll go to college, try and change my life,” Al said. “But it didn’t happen. When I got home, no one wanted me. Not my mom or dad. And my wife was with another man.”

Al was back into drugs and crime. After several run-ins with the law, he and some friends started a motorcycle club called the Mongols. The club was a gang that grew famous for fighting. He continued a downward spiral, committing heinous acts against others. At the time, he thought he was living the dream. People were afraid of him. Al would do anything for money. Being addicted to heroin, at this point, Al took on bigger and bigger jobs such as bombings.

Another family took in Al and his family with one stipulation: they had to read a Scripture together each day.

It was about this time he met his wife of 43 years, Lorraine. She had six children. Al told her he would take care of her and the kids. But his addiction to heroin worsened. When the jobs and the money ran out, they needed a place to stay. Another family took in Al and his family with one stipulation: they had to read a Scripture together each day.

“I didn’t even know what a Scripture was.”

As Al began studying the Bible, his curiosity grew until one day someone asked him, “Would you like your sins to be forgiven and be saved?”

Al answered, “Man, you don’t know who you’re talking to or the things I’ve done.”

Al accepted the Lord that day, 36 years ago. But he was still hooked on heroine and things got worse than ever. He went back to being a gun-for-hire, committing vile acts against others. He ended up in jail again where the prison guards called him ‘job security because he always came back.’

After getting out of prison, Al moved into a Christian men’s home and finally kicked heroin after 35 years.

“When I got out of jail, I told Lorraine and the kids that we were going back to church. It wasn’t easy at first. It was rough.”

Today, at the age of 70, Al is a chaplain for the Refuge and Recovery Chaplains Ministry (RRCM) www.rmcrisisministries.org.

He is a volunteer for the hospice program, and prison ministries, including death row. He has traveled all over the US and to other countries, spreading a message of hope. 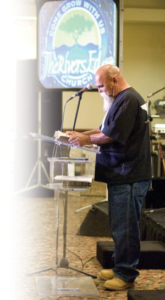 Al was last heard preaching at New Life Church of the Nazarene near his home in the High Desert of California. Al met the pastor, Jeff Mosley several months ago at a meeting for HALO (His Arms Loving Others) which is an outreach ministry that is made up of several church and community leaders that work together to provide for the needs of people in the High Desert.

During his message, Al said, “I’m here to tell you, God is good. Whoever you are. God has something for you. If you’re here in this church, anchor yourself here. Don’t leave until pastor Jeff says to go. Be a force in your community. This community needs you. I don’t care what problems you have. God is here. Maybe it’s drugs. That’s nothing to God. Maybe it’s cancer. That’s nothing to God!”

Al closed the service by doing what he says the Lord has given him the gift to do. That gift is prayer and deliverance ministry. Several people went forward for prayer and one gave their life to the Lord.

“You are the vanguard for the Lord. Front line warriors,” he said, smiling and calling people forward for prayer.

Taking it to the Streets—Curbside Community Center Feeding the Stomachs and...

It Takes A Village: One Woman’s Journey Helps Many

Shepherd’s Gate: Living in a House of Hope