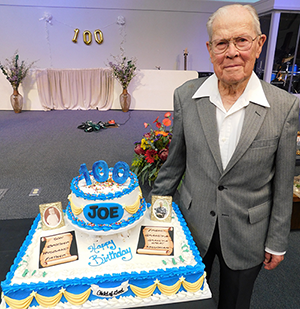 They say age is only a number. And they would be correct given the opportunity to meet 100-year-old Pastor Joseph Francis Penn.

Saturday, April 22— a perfect Spring day— 150 friends and family members, including Joe’s 97-year-old-brother, Dan gathered for a celebration few of us can say we’ve attended or ever will attend.

The party was held in the fellowship hall of Hesperia Church of the Nazarene in California, which bustled with joy-filled faces. Inside the doorway stood an easel holding a framed poster with fun facts and trivia about the day and year Joseph was born, April 24, 1917.

A long table with a beautiful lace table cloth held an array of old pictures, some black and white, of Joe as a baby and a youth, his wife and family. Each guest table had a centerpiece with an elephant and African Barberton daisy, portraying Joe’s forty years of missionary service in South Africa and Swaziland.

Joe earned his B.A. from what is now Point Loma Nazarene University, in 1942. He then married his wife, Ellen on June 15, 1942. Together they served as missionaries in South Africa and Swaziland from 1945 to 1985 along with their three children, David 72, Beverly 71, and Marilyn 69. Joe still speaks fluent Zulu to this day.

As a missionary, one might expect that Joe had an adventurous spirit. And indeed, he did. His daughter, Marilyn (Penn) Everett shared a few favorite memories of her father.

Joe’s parents were Christians and taught him by example to read Scripture, go to church and surround himself with other believers. This is how he continues to live, and encourages others to do so as well.

“He wanted to know how far each vehicle he owned would go when the gas gauge registered empty. Sometimes we were out of gas in the most inappropriate and inconvenient places. Also, the so called ‘shortcuts” which inevitably turned out to be longer and further.”

Marilyn spent the last six months planning her beloved father’s party. She and her crew of helpers took joy in the tiniest details such as a chocolate fountain and the 100 Grand candy bar, a party favor wrapped with a picture depicting Joe as a child and as an adult along with his favorite scripture,

“Anyone who belongs to Christ has become a new person. The old life is gone; a new life has begun.” 2 Corinthians 5:17

Joe’s parents were Christians and taught him by example to read Scripture, go to church and surround himself with other believers. This is how he continues to live, and encourages others to do so as well.

“He has inspired me as a Pastor,” said family friend, Pastor Jeff Mosely of New Life Church of the Nazarene. “People come and go with the church. Joe is consistent. He models a life well-lived. For Joe, to live is Christ. His example inspires us to strive to live godly lives.”

Joe says he thanks God for his loving wife, Ellen who died in 2011. “She was such a great help and support to me.” However, Joe says, “My biggest inspiration has been and continues to be Christ.”

I had the opportunity to ask Joe a few questions.

Q: How does it feel to be 100?
A: Physically weak, but spiritually strong because of all the experiences and lessons I’ve learned.

Q: What is the secret to living to be 100?
A: Living a normal, healthy life. No alcohol, drugs, or insane living.

Q: Have you done all you want to do?
A: No, I wish I could help bring more people to Christ.

Q: Do you have any regrets?
A: Yes, but I cannot dwell on them.

“He has always been the greatest role model and leader of our family. A true perfectionist in all aspects of his life,” said Joe’s grandson, Michael Everett.

Joe proves to be remarkably fit. Friend and neighbor, Angie Horn says she often sees him out walking. “Dad continues to walk daily, drives himself and others, and sings in the church quartet and worship team,” said his daughter, Marilyn.

Not only was Joe the guest of honor, but he also performed a few songs with his usual quartet. The room was packed with teary-eyed friends and family, some even standing in the hallway to sing along with the lovely harmonies that rose to the heavens in praise of God. Joe also gave a speech thanking all who attended and was a part of making the celebration happened. He gave glory and honor to God for leading, protecting and providing for him all his days.

I asked Joe one final question, “Will you share a few words of wisdom?”
And most fittingly for the conclusion of this article, Joe answered, “Seek first the Kingdom of God and his righteousness, and all these things shall be added to you.” Matthew 6:33 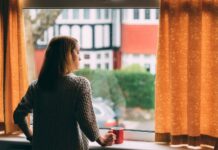 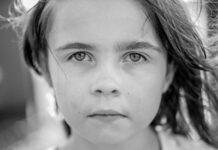 Providing hope for Suffering Children in the Name of Jesus