Southern California Christian Voice
Home News Government What about the Memo? Confronting the “Ring of Power” with Prayer 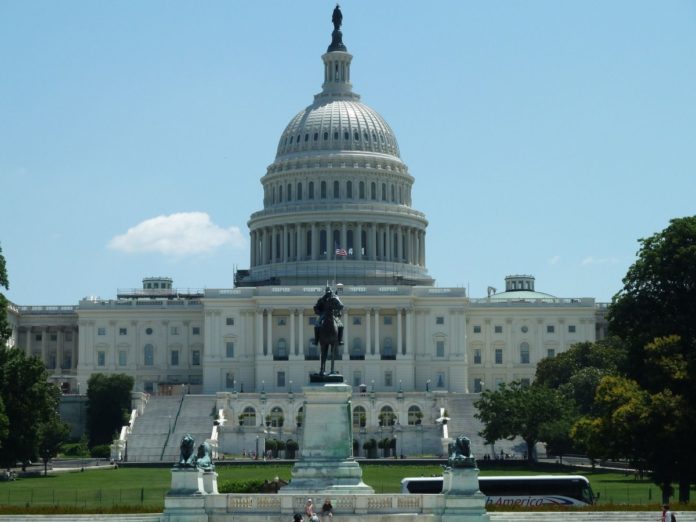 With the release of the infamous memo this past week, there is growing awareness and confirmation of the duplicity, compromise, and corruption in high places of our government. How can Christians be more effective in praying for those in government when so much on the news can’t be trusted?

Cynthia Dunbar, Republican National Committeewoman for Virginia, is currently running for a seat in the Virginia House of Representatives. A Spirit-filled believer who stands for biblical conservative values, she is also a lawyer and educational advocate. Her run for office came after months of prayer and processing, finally coming to terms with a call on her life to run. In a recent interview, Dunbar shared her personal experience of being on the inside of the political process and what she is learning, especially as an intercessor.

Her biggest surprise, she stated, is the allure of power and the rampant deception at work. Since actively campaigning for office, she has felt the spiritual warfare increase and a growing restlessness in her spirit. One morning in prayer, she heard the Lord respond. “Cynthia, I am about to expose the charlatans. You are going to be surprised at how many there are, and you will be surprised at who some of them are.” His words seemed to confirm her call to run for office, as well as her call to intercession. It was also an urgent reminder for believers to walk in greater discernment and wisdom, as God is doing a deep cleansing work in our nation.

One morning in prayer, she heard the Lord respond. “Cynthia, I am about to expose the charlatans. You are going to be surprised at how many there are, and you will be surprised at who some of them are.” His words seemed to confirm her call to run for office, as well as her call to intercession.

Knowing that the battle is not against flesh and blood, she sees the spiritual ramifications and urges other believers to understand just how real this battle is. “What I have found is that…some of the most subtle deceptions are the deepest.” Citing Proverbs 16:25, Dunbar describes how things may seem right to man, but they actually bring death. She believes many Christians are being fooled by appearances without seeing the deeper issues at stake. “Unless you’re really discerning, you don’t see it. I have been on the inside, and I’ve been shocked at how some of the elected officials pretend to be something they’re not. They are really good at masquerading as angels of light.”

She describes the seduction of power that immediately faces anyone who enters politics. “There’s such a desire for power, that even well-intentioned, good people become so consumed for power and name-recognition that they become Machiavellian [deceitful, unscrupulous], and the end justifies the means.” As a believer, Dunbar knows this is spiritual warfare and underscores the need for believers to pray for those in the political process. “I’ve seen it take even good men and good women…it’s kind of like the ‘Lord of the Rings’ – once you put that Ring of Power on, it does something to you. The only way you can be immune to it is if you are truly being motivated by pursuing God, because God is the Highest Authority; all authority is His.”

When asked what she felt was the biggest spiritual stronghold over the nation, Dunbar replied, “There is a spirit of idolatry over this nation.” She believes many people have, mistakenly, placed their trust in the government to provide for their needs instead of trusting God. She sees that this kind of attitude only reinforces the power given to politicians to make decisions for people instead of seeking to serve the people.

Perhaps the most damaging mantra she has heard inside political circles is, “Keep it small and control it all.” Dunbar states that this motto is well-known among established politicians. Whether it was coined by those who observe and oppose this attitude, or whispered among those hungry for power, Dunbar sees the reality of this controlling spirit at work.  “They don’t want others coming in. They actually look at it like, ‘What are you doing here?’ ” Because of this controlling spirit, Dunbar says that any Christian who enters this sphere to bring positive change is going to feel that tension and will have to face the initial pushback.

Dunbar believes the call to political office should be motivated by a call to serve, not be served. “The only reason I’m in the race is because numerous people asked me, and He called me.” Believing that God alone can save this nation, she believes Christians in the political sphere can be vessels of God’s presence that breaks these yokes of oppression and darkness. Her staff spends time in prayer, and, to keep her own heart in check, she prays for her opponents.

Dunbar says her race is symbolic of

Haggai 2:21-22 and Psalm 2:1-2:
“… I am going to shake the heavens and the earth. I will overturn royal thrones and shatter the power of the foreign kingdoms…”

“Why do the nations conspire and the peoples plot in vain? The kings of the earth rise up
and the rulers band together against the Lord and against his anointed.”

She states the need for increased intercession, especially during election cycles. “You don’t step into this arena without intercessors.” She reiterated how critical it is for those who enter politics to be backed and supported by strong believers and intercessors. She has her own teams of prayer warriors who lift her up in prayer, in addition to the small staff that works with her.

Let her experiences and journey be another reminder of our call to stand on the wall of intercession for those who are going to the frontlines of the battle in the governmental realm. Pray for Cynthia Dunbar as she continues her journey and for the many other believers who are sensing a call to office to be ambassadors of another Kingdom.