Christianity in Decline in...

Only a Minority of... 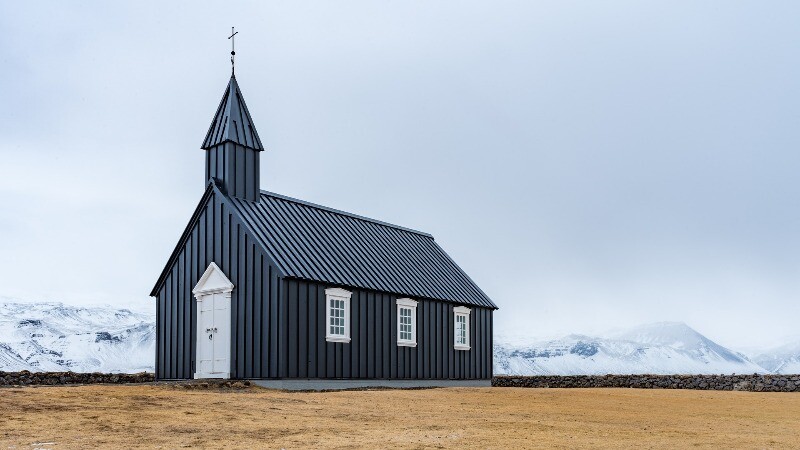 Church leaders are developing innovative ways to maintain fellowship with their church family, in the wake of nationwide stay home advisories related to the worldwide pandemic.

The body of Christ hasn’t forfeited ministry opportunities due to our shut-in status.

To the delight of parishioners, some churches held virtual Holy Communion services. During a live stream on March 29, Bishop Kenneth C. Ulmer, the pastor/teacher of Faithful Central Bible Church (FCBC) in Inglewood, gave instructions for Holy Communion. He invited members to pick up the communion elements at the church if they were out on grocery store runs.

Ulmer described the types of wine, grape juice, grapes and crackers they should gather and the instructions were posted on the church website. Bis. Ulmer alerted viewers that since this would be his first virtual communion, there may be glitches. He admonished everyone to bear with him as he experiments with new ways to minister while being physically removed from his members. The virtual communion went smoothly on
April 6.

While many churches that did not stream services before the pandemic have started to stream them, many that were familiar with streaming now stream more services. Along with presenting regular services to maintain some semblance of spiritual normalcy, many have developed new content to fit the new online and telephonic formats. 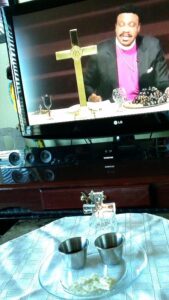 Agape Christian Worship Center (ACWC) in Victorville is new to streaming and has gone full throttle, with ministerial offerings six days a week. While many churches primarily stream Sunday services and a fewer number stream mid-week Bible study, Agape’s leader, Pastor Eric Allison, is determined to have frequent interactions with his members.

“When this first started, God led me to three things,“ Allison said. “They were: continue to have service, ensure people stay connected, and provide spiritual content online.” With that in mind, Allison leads weekday call-in prayer at noon where he hears prayer requests, discusses select scriptures, and welcomes anyone to join the call who seeks encouragement or simply wants to unite with fellow believers in real-time.

This is rare because most pastors do not allow this much direct contact with their members. Allison feels it is vital. He also helps members stay involved by providing twice-daily devotionals most weekdays during which different ACWC members live stream brief messages of encouragement and hope. Although the devotionals are new to his ministry, Allison plans to continue them albeit less frequently when things are back to normal. Meanwhile, he does all he can to lead and minister to his parishioners per his belief that “sometimes separation from church service leads to separation from God,” he said.

Similarly, at Los Angeles based Gethsemane Christian Church, under the leadership of Interim Pastor Rev. Walter Carter, the congregation maintains fellowship via daily 6 a.m. intercessory prayer calls. However, the church is gearing to celebrate its 65th anniversary, and members hope they will be able to unite in person to celebrate the milestone. 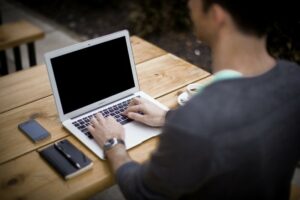 Ascension Lutheran Church (ALC) in Thousand Oaks, whose senior pastor is Reverend Dr. Timothy Delkeskamp, is new to live streaming, but members have enjoyed being able to interact with each other as well as with strangers online. ALC member Allen Carter said the church’s foray into streaming “went very well,” and they received several favorable comments from viewers as far away as Sweden. Nonetheless, online service is not as engaging as face to face gatherings, he acknowledged. Many others have shared the same sentiment, however, all agree that it is better than no services at all.

This new global audience is one that Allison said presents another challenge for clergy, who now have the potential to impact many more people than they are used to, and they must carefully manage this expanded outreach.

To help people maintain balance and to combat the negative and depressing news that floods the airwaves, FCBC also streams a showcase of Christian comedians, called the Comedy Cafe, on Fridays. Other churches have incorporated fun and laughter into their streams as well. 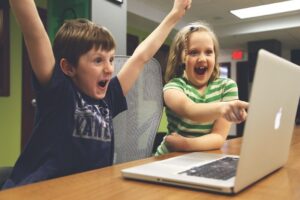 To ensure that everyone‘s spiritual needs are addressed, ACWC is developing child-specific content, making sure to meet the needs of all of his congregants.

During this Holy Week, numerous churches will hold Good Friday services, leading up to the most significant day for Christians—Easter, the celebration of Christ’s resurrection.

This year’s celebrations will be monumentally different than usual since most families that usually unite for brunch or dinner will not be able to do so. Church edifices, which usually have the largest number of attendees on Easter than at any other time, will be mostly empty or have very few people inside. In addition to pastors, most in attendance will be handling the streaming operations. 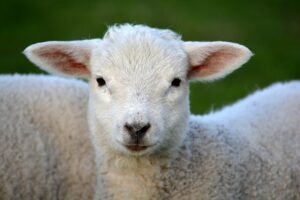 FCBC, like many other churches, usually goes all out on Easter aka Resurrection Day. Typically Ulmer narrates an elaborate production wearing period style clothing as worn by those who witnessed the crucifixion. There are usually live animals and even professional actors depicting the scene at Calvary where Jesus was crucified.  An actor who portrays Jesus often, miraculously, descends from the ceiling.

This year, there will be no such live performance. However, to ensure that no one who logs onto any of the FCBC platforms misses celebrating this most blessed time of year, Ulmer is celebrating Easter throughout Holy Week. There will be live streams of special resurrection themed services, beginning Wednesday and continuing through a special Good Friday service.

During the ACWC Easter service, Allison will administer Holy communion, just as he does every year, except for the virtual format. 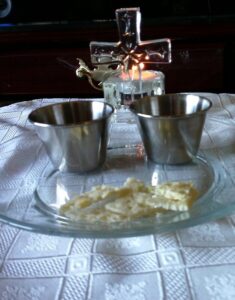 For many Christians, 2020 Easter services will be toned down, although the meaning of the risen Christ who died to save us may be more significant than ever, as we deal with the plague during this Holy Week and beyond.  As the global Christian community seeks nurturing, inspired, and imaginative ways to fellowship and worship God outside of brick and mortar buildings, the face of spiritual church services is changing forever.

Thanks to technically skilled individuals and sensitive clergy, many church services remain accessible to most members via phone calls or social media. This will ensure that 2020 Easter services are celebrated with as much intensity and spirituality as possible, despite the prevalence of the pestilence, that is infecting us.

There are still countless issues to address regarding the new face of ministry, from technical issues to access. Everyone does not have access to computers and telephones, nor does everyone know how to use social media. Additionally, many churches do not have the capacity to air their services.

As the worldwide Christian community pursues best practices to keep the word of God before everyone who desires it, there will myriad innovations to look forward to and monitor. 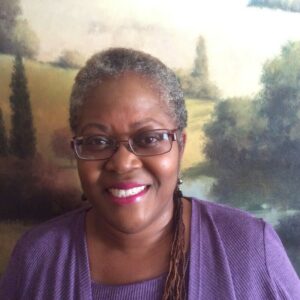 Sheryl Lynne Thomas-Perkins is an award-winning writer whose writing career began when she worked as a columnist for the A.C.C. News (A Corporation for Christ), where she won multiple awards for her heartfelt features and coverage of the Los Angeles church scene and ministry in general. She received a Master of Arts degree from the University of Southern California, and A Bachelor of Science degree from California State Polytechnic University, Pomona. Over the past 35 years, she has been published in USA TODAY, The Los Angeles Times, The Victorville Daily Press, the L.A. Watts Times, the Atlanta Tribune, the Atlanta Daily World, and numerous other publications. 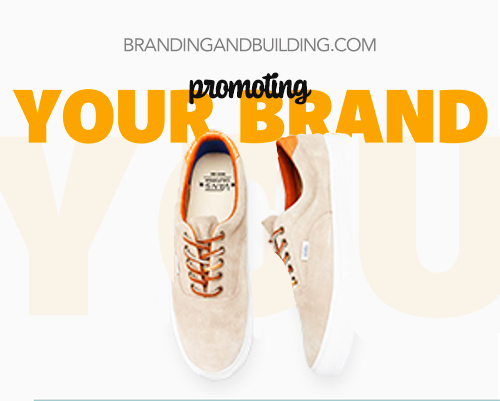 Only a Minority of Pastors Favor 10% Tithe—Barna

Dapper is he, as he strolls into TooJay's on Palm Beach...
Missions

You see the hashtag trending everywhere: #savethechildren.  With a record number...

Only a Minority of Pastors Favor 10% Tithe—Barna

In its latest study, Barna Group found that tithing is not widely understood or practiced in today's church.

Queen Elizabeth II has died peacefully at Balmoral Castle on September 8, 2022 at aged 96. The Queen was the longest-serving English monarch, having ascended to the throne in 1952. During her reign, she has witnessed an immense social change in the UK--- the transition from empire to...

Pastor Rick Warren delivered his final sermon at Saddleback Church on August 28, 2022 with a message going back to the theme of his first sermon 43 years ago.

Israel launched a tourism plan to attract U.S. Christians in a biblical archaeological excavation across the country.

Kel Mitchell Reads ‘Sermon on the Mount’ in Prayer App

Behold Europe, a gathering of young evangelists in Europe, will be held in Hintersee, Germany from November 11-14, 2022.

The Ukrainian Baptist Theological Seminary announced they will provide education to students for free during the war.

Christian persecution watchdog, Open Doors USA, developed an app that lets users to pray for believers who are suffering for their faith.