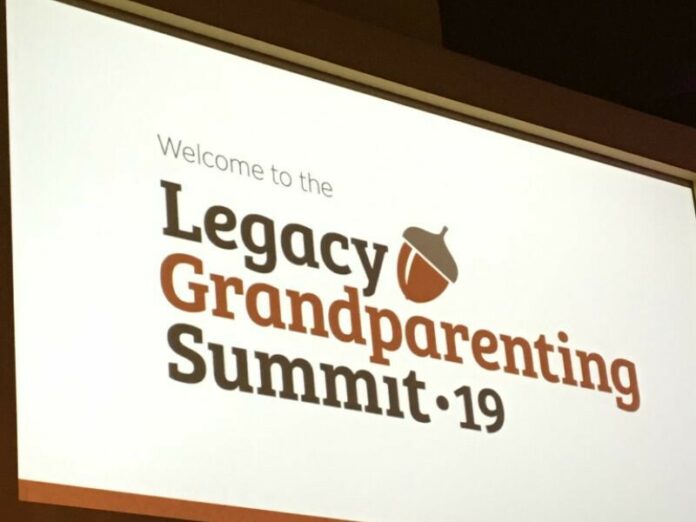 Grandparent on Purpose! It’s the theme of a recent national conference which brought together 1,200 like-minded Christian grandparents representing 38 states, Canada, and Australia. Fullerton’s EvFree Church hosted the event, and the sunshine of Southern California was welcoming as temperatures across the nation dipped to all-time lows and snow fell where it hadn’t for years.

“The Legacy Grandparenting Summit was a gathering of people with a common vision,” explained Larry Fowler, founder of the Legacy Coalition, “to equip Christian grandparents with a Biblical foundation and practical tools for intentionally influencing their grandchildren.”

Legacy’s director of conferencing, Wayne Rice, credits the helpful church staff and volunteers with contributing to a great conference. “They really went out of their way to make things run smoothly, and give us a very successful event.”

As with most events of this magnitude, there were loose ends in the days leading up to the conference and Rice admittedly doubted his own abilities. “On the first day of the conference,” Rice recalled, “it’s like God said ‘I’ll take it from here,’ and He did! God gave us a great three days and used our incompetence to bless the lives of a lot of grandparents. It was pretty amazing to watch it all happen!” 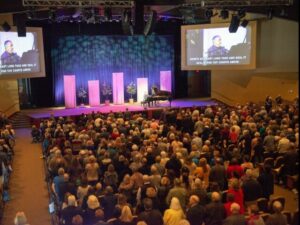 Summit ’19 provided networking opportunities and momentum for the ongoing movement of Christian grandparents who take seriously their role as spiritual influencers of their grandchildren and future generations. The event featured world-class presenters and gifted musicians, with many partnering ministries, organizations, and individuals providing resources for those in attendance.

Cavin Harper, founder of one of those organizations – the Christian Grandparenting Network – shared his thoughts following the conference. “We no longer have any excuse for not knowing what God has called us to do or to claim we have no resources to help us do it well. God has raised up an army of people to stand with you, to share the passion, and to offer you sufficient resources to accomplish the task God has given you in your family.”

“Not only did I meet some truly remarkable grandparents,” continued Harper, “but also some extraordinary ministry leaders who share the passion of this movement to engage grandparents as key influencers in their grandchildren’s lives with the Gospel of Christ.”

Though there are no details regarding dates or location, the Legacy team was encouraged by a significant increase in attendance from two earlier conferences, and the Summit will be a recurring event.

“The passion and interest of the attendees were amazing,” remarked Fowler, “and we believe the conference was further evidence that God is moving in the hearts of Christian grandparents all across our country.”

Many conferees are taking the message of intentional grandparenting back to their local churches. According to Fowler, “Grandparents are alarmed about the rapid decline of culture, aware of their own mortality, and awakened to a Biblical mandate to teach their grandchildren about Christ.” Grandparenting ministries are being formed across the nation, tapping into one of the most underutilized resources in the church today – grandparents.

Interestingly, a show of hands indicated that many Summit ’19 conferees (including this writer) attended a similar national event years ago in Dallas, Texas. Sponsored by Campus Crusade for Christ, Explo ’72 was a youth gathering at which thousands were trained and equipped to reach the world for Jesus.

Once part of the Jesus movement, we are now part of the intentional grandparenting movement, passing down our faith to our children’s children and future generations. Many of today’s grandparents are Baby Boomers – a generation of doers – and though our youthful days are gone, our passion for the Lord and our usefulness in His Kingdom remains.

To learn more about the Legacy Grandparenting Summit ‘19, including how to get audio recordings from the conference, visit https://legacycoalition.com. 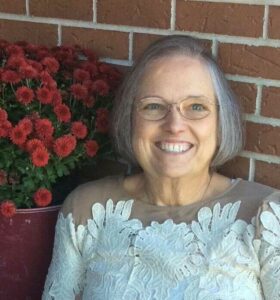 Elaine McAllister served on staff at a Christian college and an evangelical church before retirement and now is a blogger, columnist, freelance writer and author of two soon-to-be-published books – one, a resource for intentional grandparenting and the other, a children’s book about self-control for strong-willed little ones with explosive tendencies. Elaine and her husband live in the middle of Kansas where she enjoys leading a Bible study, decorating, gardening, traveling, and being Gramma Mac to five awesome grands.

Run to the Hills

Do You Overlook the Faults of Others?

When God’s People Cause Pain