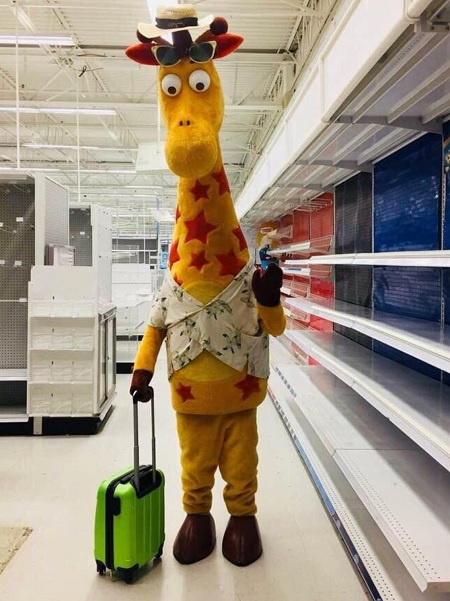 The last of the Toys R Us stores in the U.S. will close tomorrow (Friday, June 29th). For many of us it will be a sad goodbye to a pillar of our childhood.

I Don’t Want to Grow Up

The store’s jingle, “I don’t want to grow up”, became one of the most memorable pieces of advertising of all time. Everyone reading this is likely singing it in their head right now. The store’s mascot, Geoffrey the Giraffe, is also an endearing memory for anyone who grew up in the ’70s, ’80s and ’90s.

Toys R Us founder, Charles Lazarus, founded the store in 1948, originally as a children’s furniture store. He soon realized that parents rarely bought new high chairs and cribs. Toys, however, were a different story. A crib or high chair could be re-used as a family grew, but parents wanted new toys for each child.

Lazarus opened the first store dedicated to just selling toys in 1957, naming it Toys R Us. Later he turned the “R” backwards to make it look more like the name had been written by a child. Geoffrey became the mascot in 1969 and Lazarus remained at the helm of the company until his retirement in 1998. He passed away on March 22nd of 2018, just one week after the company announced it would be closing its U.S. stores.

In an ever changing world, where businesses fail, trends change and life verges off unexpectedly, Christians take comfort in knowing that Every good gift and every perfect gift is from above, coming down from the Father of lights with whom there is no variation or shadow due to change. James 1:17

Many adults can remember childhood trips to their local Toys R Us almost as well as a trip to Disney. It was a magical place, where they let us play with many of the toys before they were purchased, however reluctantly, by our parents. We could run, play and ride things there. We would even run into Geoffrey on occasion. It’s sad to think that the next generation of kids will only hear stories about the place and never get to experience it themselves.

Toys R Us asked customers to share some of these memories. Their website now has this statement: “Thanks to each and every one of you who shared your amazing journey to (and through) parenthood with us, and to every grandparent, aunt, uncle, brother and sister who’s built a couch-cushion rocket ship, made up a hero adventure, or invented something gooey. Promise us just this one thing: Don’t ever grow up. Play on!”

Kids will indeed “play on”, but it will never be the same without Geoffrey. Goodbye Toys R Us, we’ll remember you fondly. Thanks for all the fun!

November 18, 2019
You are going to send email to
Move Comment