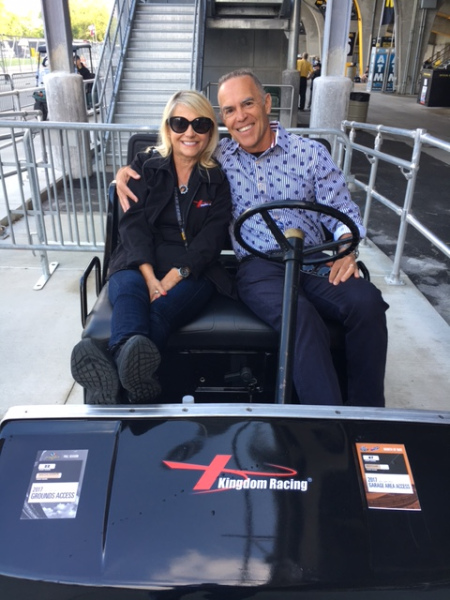 This is the first article I have written at 4:26 a.m. I am sitting at the Indianapolis Motor Speedway sipping a cup of coffee in the media center. I was advised to arrive early on race day, and I was glad I listened to Tim Sullivan who coordinated the press. When I pulled into the media parking lot at 3:57 a.m. Sunday, I realized why. It was already hectic – even with eight hours to go before the green flag was waived to start the Greatest Spectacle in Racing.

Needless to say, when you attend an event with more than 300,000 people, you have an opportunity to meet some interesting folks. I met some legends of the 500, and I met some ordinary folks — and of course a couple of crazies.

George has a fascinating story of redemption. At age 50, he was losing everything. His financial empire in the business world was crumbling around him as was his personal life.

I came to the race because I was covering a young man from my hometown area who made it to the field of 33 for the 101st running of the Indy 500. Zach Veach, from Stockdale, Ohio made his rookie debut at the Brickyard and I was excited to talk with him.

Two of the more interesting people I met were the founders and co-owners of Kingdom Racing – which had a driver featured in the field. George and Maricarmen Del Canto are from Houston, Texas and were a wonderful blessing to meet.

Kingdom Racing is a Christ-based race team with a mission to deliver God’s Word through motorsports.

George has a fascinating story of redemption. At age 50, he was losing everything. His financial empire in the business world was crumbling around him as was his personal life.

It was then he came to turn his life over to Jesus Christ. He started attending a church in Texas and faithfully going to Bible studies. He found himself getting closer to God by participating in men’s prayer groups and reading daily devotionals.

“For what shall it profit a man, if he shall gain the whole world, and lose his own soul?” Mark 8:36

Three years later, he had a unique calling from God.

With no experience in auto racing, George felt the call from God to start a faith-based professional auto racing team.

“Wow, out of nowhere the Lord puts it on me to do this,” George told me while sitting in the garage which housed the car for Kingdom Racing. “I thought to myself – God, do you know what you are doing?”

With absolutely no knowledge of motor racing as a sport, George entered a new world. Kingdom Racing was formed to spread the Gospel of Jesus Christ via professional auto racing, and what an impact it has had on the sport. This is the 10th straight year Kingdom Racing has been in the Indianapolis 500. They come here to compete on the track while spreading the good news of Christ at the same time.

“There is one body, and one Spirit, even as ye are called in one hope of your calling.” Ephesians 4:4

Kingdom Racing has grown to include three sub-ministries:

1 – Race Ambassadors – These are specially trained volunteers who are infield and grandstand ambassadors. “They hand out information on Kingdom Racing,” George told me. “People love free things, and our volunteers give them a card with a picture of our race cars, and people like it.”

That’s when the ambassadors engage in a non-confrontational discussion about Kingdom Racing. “They tell the people about the real race in life,” George said. “We want them to win in the end and give their life to Christ, and it opens the door for that conversation.”

2 – Fan Festivals – When the budget allows, George brings in a Christian rock group, Kingdom Racing brings out race cars, and people meet and talk to the drivers. Testimonies are given, and the seed is sewn abundantly to those who come.

3 – Miles of Smiles Ministry – Kingdom Racing ministers to groups of people who are struggling with personal issues. This is sponsored by local churches who nominate 6-12 people to attend. “We treat them like celebrities and minister to them and show them around the garage and the cars,” George said. “They get to meet the drivers, and there is a deep and personal testimony shared.” The entire event is to draw people closer to the Lord.
George, Maricarmen and me on the straightaway on race day morning at the Indy 500.

For the past 12 years, George and Maricarmen have been operating this ministry which is truly inspired by God. “This is something I never would have thought of,” George said. “We have all struggled and been at the bottom. This is a ministry that lets people know they can win the race – the real race.”

I don’t have enough space here to tell you more about this magnificent ministry and about my new friends. I meet people every day – but there was just something different about this couple. We connected and promised to stay in touch.

We visited for about 30 minutes, and they even took me for a jaunt around the speedway on their golf cart. They prayed with me in the infield with people around us, and I thank them for that. I ran into them again on race day morning. This time, it was on the track where they were going from car to car to pray for the safety of each driver. A little while later, we sat in a chapel service together at Garage 16.

Thank you, Lord, for letting me meet them. Kingdom Racing is an overall winner. In my opinion, it takes life’s checkered flag.

“Know ye not that they which run in a race run all, but one receiveth the prize? So run, that ye may obtain.” I Corinthians 9:24 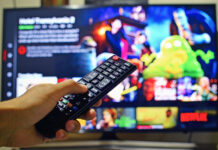 Movies Michael Foust - August 24, 2020
For fans of family-friendly movies, this summer included some bad news and some great news, all in the span of a few days. First, the... 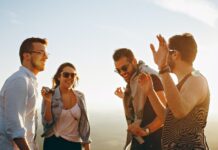 Faith Karen Friday - August 18, 2020
Besties. BFF’s. Life-long friends.  Friend is such a wonderful and endearing term. The good Lord created us as relational beings, first with Him, then with others. So...

Churches Get Creative to Reach Parishioners

2
How does this article consider the single parent or duo ...
2
Thanks for sharing. My mother passed away in 2005. I ...
2
It’s good to know there is someplace those with Mental ...
2
I love this! Such important things for even us veteran ...
1
Thank you for trusting us enough to share your story! ...

There is Another Way

The Rolling Tide Vs. Hungry Dogs