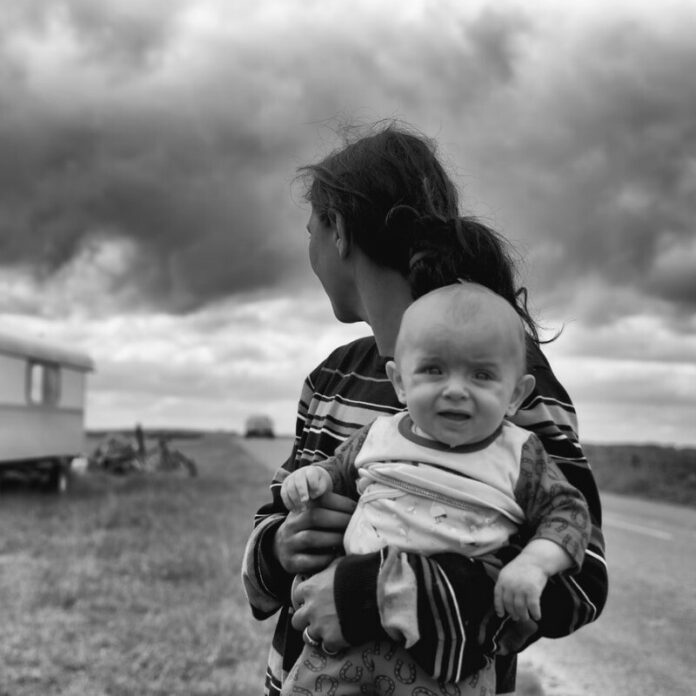 Sometimes an individual’s hardships and suffering can lead to victory and blessings shared by many.

These are the stories we love to read because they encourage and inspire us. Wendy McKie-Wilson’s story does just that.

In 1999, Wendy created and founded Supreme Touch Outreach Center in Adelanto. But the journey to operating a nonprofit started decades prior to its opening.

As a child, Wendy was sexually abused for years but didn’t tell a soul. The ramifications of her abuse manifested in a string of broken relationships and trials until, at the age of forty, Wendy finally talked about her secret.

“This is how the healing began— because I asked God to help me see why I was having such difficulty,” Wendy said.

To her surprise, Wendy’s courage to share gave her brother permission to talk about the abuse he, too, suffered by the same person.

“I thank God that my brother was able to heal before he went home to be with the Lord.”

With her past now in the light, Wendy was able to get the help and healing she needed to move forward and begin helping others the way it helped her brother.

“Eventually, I felt God leading me to help women and children in prison which I did for three years.”

Wendy also began working with women who suffered from child abuse, domestic violence, and drug and alcohol abuse which led her to become a drug and alcohol counselor. Later she went to ministerial school in order to also help women in the church.

Once Wendy finished her education, she started Supreme Touch Outreach (STOM), a privately funded nonprofit. STOM has more than fourteen community volunteers, including Wendy, that work to strengthen the community of Adelanto by assisting the elderly, widows, veterans, children, and disadvantaged homeless youth and adults.

From 2009-2012, along with operating STOM, Wendy also worked in foster care, fostering over 31 teenage girls. But shortly after her last foster child moved out, Wendy contracted bacterial meningitis so severe that it resulted in her being put on life support.

“The hospital had given up on me surviving. They contacted my family saying I wasn’t going to make it. But God had other plans.”

Wendy’s daughter, Tanasha Mckie, reached out to everyone she knew to pray for her mother who was in a coma. Not long after receiving “salt therapy” in the hospital, Wendy woke from the coma and eventually went back to her nonprofit ministry at STOM.

“I will not turn away someone in need. STOM does not receive funding from the state or county which means we don’t have to turn someone away because of rules. I do have a lot of ties and partners that I work with.”

STOM reaches the community of Adelanto in a variety of ways. Wendy and her volunteers work with the court and the Juvenile Probation Department to mentor youth ages 14-19 years old doing community service in order to learn life skills and responsibilities while helping at STOM’s food bank and resource center. STOM’s resource center is located next to the Adelanto Community Resource Center at 11824 Air Expressway Bldgs. L & M in Adelanto and is open Monday, Wednesday and Friday from 10 am to 2 pm.

Each Wednesday, STOM volunteers feed 30 hot meals to the homeless community. A cook makes healthy meals that are packaged and taken directly to the homeless.

“Eventually our goal is to provide baggies with soaps and supplies when we bring the meals. We just need help providing those supplies.”

“I could not do this ministry without God and a wonderful group of volunteers. We are always in need of more volunteers. You know what they say, it takes a village.”

To volunteer or donate to Supreme Touch Outreach Center call 760-686-9620 or on Facebook @supremetouchoutreachministries.

TO GOD BE THE GLORY….THANK YOU JESUS FOR THIS WOMAN AND FOR YOU BLESSING HER WITH A GIVING HEART MAY YOU CONTINUE TO BLESS THE PEOPLE THROUGH HER AND RETURN A DOUBLE BLESSING TO HER

Amandia, I join you in prayer for Wendy, the ministry and all those she touches.
Thank you for taking the time to comment.

Hope When You Feel Hopeless and Faith When You Doubt