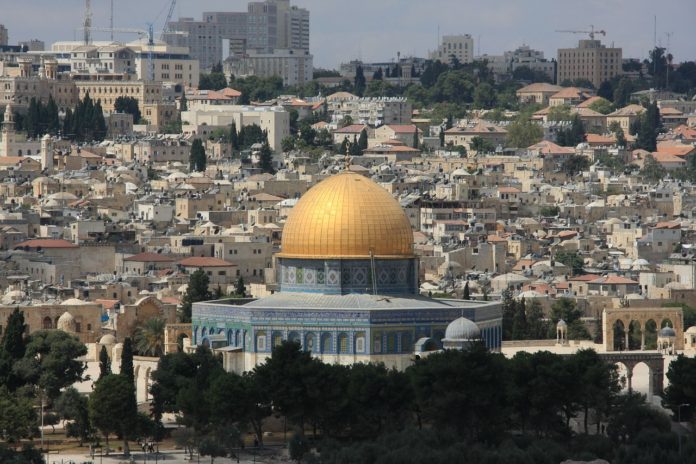 Israel is seeking various ways to deescalate the tensions surrounding the Temple Mount, which have generated Palestinian violence and are threatening to devolve into a Muslim holy war against Israel.

The Security Cabinet convened late into Sunday night, but has reached no decision about the new security measures Palestinians blame for the crisis.

The group of ministers were briefed on the latest developments, including the attack on a security guard at Israel’s embassy in Jordan.

The Security Cabinet wss slated to convene again on Monday, as tensions with Jordan grow.

Jason Greenblatt, President Donald Trump’s Mideast envoy, is on his way to the region to try to defuse the growing crisis. He is expected to arrive on Monday in the Trump administration’s first direct venture into the crisis.

A senior Muslim cleric says Jerusalem’s police chief has met with a lawyer representing the Muslim leadership to discuss solutions to the escalating crisis over the contested holy site.

Cleric Ikrema Sabri said on Monday that a lawyer for the Muslim leadership met Sunday with Jerusalem police chief Yoram Halevi and heard a response to Muslim demands.

Sabri says newly installed security cameras, described in media reports as a possible alternative to the metal detectors, were discussed.

Israel introduced the new security measures, including metal detectors, last week after Arab terrorists fired from the shrine, killing two Israeli policemen. Israel says the metal detectors are meant to prevent more attacks. Palestinians allege they are an Israeli attempt to control the site and have launched violent riots in protest.

Reprinted by permission from Intercessor For America