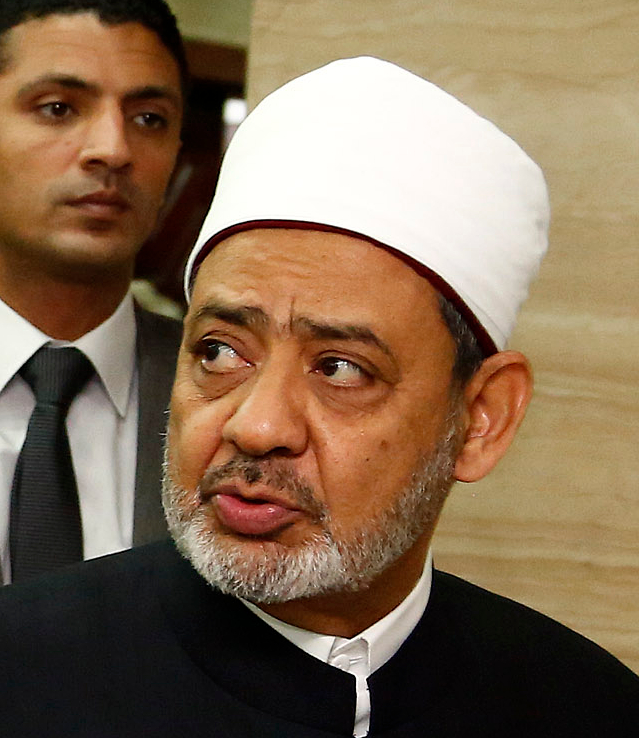 Speaking at the first ever inter-religious meeting with Pope Francis in Abu Dhabi on February 4, 2019, Sheikh Ahmed al-Tayeb urged fellow Muslims to “Embrace your Christian brothers and sisters. They are companions in the state. They are close to us. There are special bonds between us.”

Embrace your Christian brothers and sisters. There are special bonds between us. —Sheikh Ahmed al-Tayeb, Grand Imam of Egypt’s Al-Azhar

The two top clerics signed a Document on Human Fraternity for World Peace and Living Together to urge world leaders to “spread the culture of tolerance” and renounce armed conflict not only in war-torn Yemen, but all over the world.

Sheikh Ahmed maintained that Christians in the Middle East are not a minority. “You are citizens with full rights. Our bond represents the rock against which all plots that try to divide us will break.”

The Human Fraternity Document condemns violence to justify one’s beliefs. It says, “God, the Almighty, has no need to be defended by anyone and does not want His name to be used to terrorize people.”

To honor the historical meeting between the two religious leaders, places of worship will be built in Abu Dhabi, reports The National.

Sheikh Ahmed and Pope Francis signed the foundation stone for the new ‘Church of Saint Francis’ and ‘Mosque of Grand Imam Ahmad Al-Tayyeb.’ The buildings will celebrate interfaith harmony in the UAE and will serve as a constant reminder for people to promote peace and brotherhood.