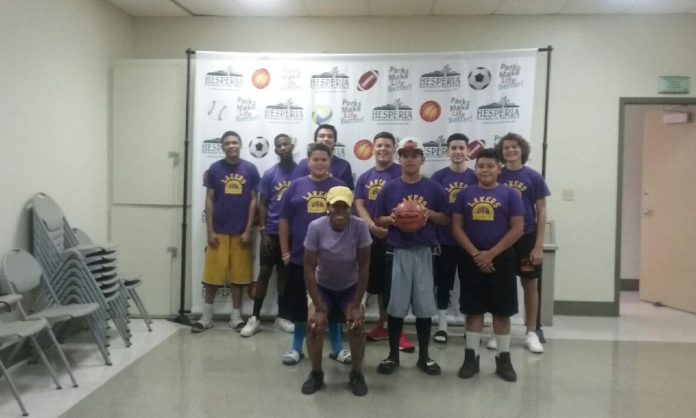 The Hesperia Recreation and Parks District offers hundreds of programs, classes, sports and activities for youth, teens, and adults.

A homeschool mom for over 13 years, Robin Bush, knows first-hand about the positive impact of team sports. When Robin’s son, Ivon Bush, 14 joined the basketball league in June, she decided to become a volunteer coach for his team of 14 and 15-year-olds called the Lakers. Discovering the league through Hesperia Rec and Parks District when one of her foster kids joined two years ago, Robin wanted Ivon to experience the joy of being part of a team. 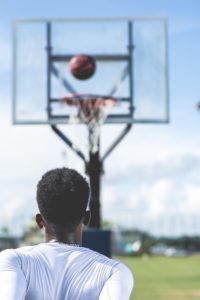 “Before every game, I prayed with the players,” said Robin. “I also called CBN (Christian Broadcasting Network) asking for their prayers for my players before our games.”

A woman of faith, Robin uses the opportunity of volunteer coaching to shine the light of God’s love to the teens. Robin also works part-time with mentally challenged young adults at Innovative Business Partnership (IBP) providing a daycare program designed for young adults and adults with special needs.

Playing against other teams in the league from June until early September, the Lakers went on to win the championship, with only one loss. Robin refers to her players as “unstoppable” because despite being down from 9 players to only 5 in one of the games, they still took home the championship. The Hesperia Recreation and Park District celebrated the Lakers victory at John’s Incredible Pizza.

“I think I forgot to call CBN before the game we lost,” Robin said with a chuckle. “I’m so proud of the Lakers. I’m hosting a championship party for them this weekend.”

Now more than ever, our country needs to focus on unity. But unity starts in our homes and at the local level first. City programs like the ones offered in Hesperia help bring the local community together. Whether you’re looking to volunteer to help make a difference in the lives of teens like Robin or perhaps for a softball team or a class—people of all ages can benefit.

Many Park and Recreation programs provide services such as animal care and control, recycling drop-off centers and other information about 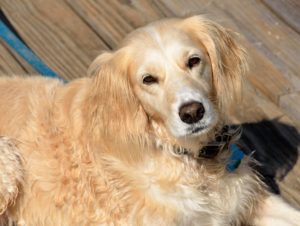 environmental control issues. Below are links to some of the programs offered in the High Desert and San Bernardino areas.

City of Victorville Parks and Recreation

A Memoir Star Who Continues to Soar