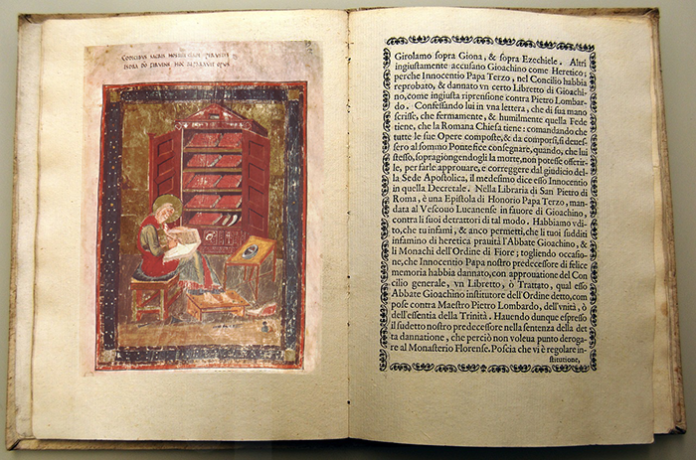 A giant Bible is set to return to Britain to be displayed in an exhibition on treasures of the Anglo-Saxon world, reports The Guardian.

The Codex Amiatinus is the oldest and complete Latin Bible. It was made by monks in a monastery in Wearmouth- Jarrow in Northumbria in 716. Upon completion of its 1,030 folios, it was sent to Italy as a gift for Pope Gregory II.

Measuring a foot thick and weighing 75 lbs, the Codex Amiatinus is one of the most amazing treasures from Anglo-Saxon England.

After 1,302 years, the beautiful Bible will be back home. “It is the earliest surviving complete Bible in Latin,” said Claire Breay, the library’s head of medieval manuscripts.

Breay shared that she was able to see the Bible once and it was majestic. “Even though I’d read about it and seen photographs, when you actually see the real thing…it is a wonderful, unbelievably impressive manuscript.”

Measuring a foot thick and weighing 75 lbs, the Codex Amiatinus is one of the most amazing treasures from Anglo-Saxon England. The monks used more than a thousand animal skins to make its parchment.

The manuscript, including two others, was commissioned by Benedictine monk Ceolfrith, the abbot of the monastery. One of the Bibles was lost and the remaining parts of the other are kept in the British Library.

Ceolfrith took the Bible to Rome, but he died en route. The Bible was presented to the pope and was kept in the Abbey of the Holy Savior at Monte Amiata in Tuscany for centuries. In the late 18th century, it arrived at the Laurentian library.

The British Library will display the Codex Amiatinus together with other Anglo-Saxon treasures, including the illuminated manuscripts Lindisfarne Gospels and Benedictional of St Æthelwold.