Southern California Christian Voice
Home Entertainment Movies From Personal Tragedy to Movie: Behind the Scenes with Writer and Producer... 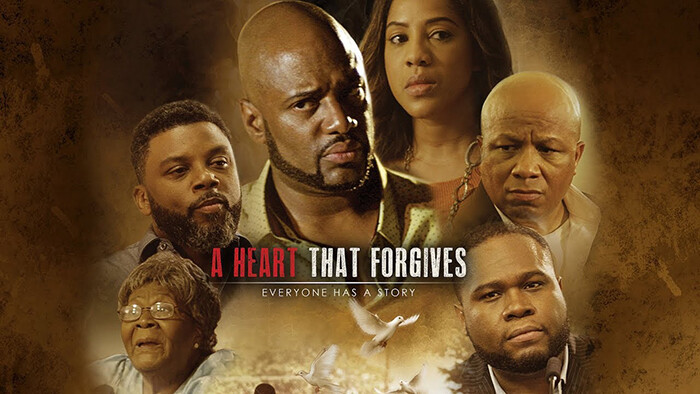 Ken Jenkins has always been inspired to write. With a published book under his belt, various short stories, and a love for poetry, one might expect Ken to say it was his dream to write a screenplay. But truth be told, it wasn’t until the death of his beloved wife of eighteen years in 2010 that the idea of using his creative abilities for a film even crossed Ken’s mind.

“Writing has always been my escape mechanism—the ability to transfer my thoughts to paper,” Ken said. “I’ve kept journals all my life. After my wife passed away, I began to journal to manage the grief process.”

Born and raised in the Bronx, New York, Ken attended WCSU and graduated in 1988 with a Bachelor of Science in Justice and Law Administration with the intention of attending law school. Instead of attending law school, he moved and eventually got an M.B.A. Ken has spent over 20 years in the software industry working with businesses all over the US and Europe while cultivating his inner passion for writing and the creative arts.

I didn’t know anyone in the movie business. But I began to pray and cut out pictures of people I thought would be good in a movie.

During the months following the death of his wife, Ken became acquainted with other men who had also lost their wives. A Christian for over thirty years, Ken sensed that God was going to use his testimony to write a book about dealing with the sudden death of a spouse geared toward men.

Inspired by God, Ken set to work on his writing project. One night when he shared excerpts from his book in progress with some close friends at dinner, they said his book seemed like a good movie.

“Really? I’ve never thought of writing a screenplay,” he said. “But it was at this point that I began to cultivate what God was doing in me.”

Ken’s story began the morning his wife, an avid walker, left the house for her usual morning routine. A knock on the door from the police not long afterward flipped his world upside-down.

Not long after the dinner with his friends, Ken began researching how to write a screenplay. He read all the books he could get his hands on and eventually created a vision board in his office.

“I didn’t know anyone in the movie business. But I began to pray and cut out pictures of people I thought would be good in a movie. Long story short, every single person I put on my vision board, either I met them, or they ended up in the movie.”

Ken’s first movie as a writer and producer was met with huge success. “A Heart That Forgives” debuted in 2017 to critical acclaim, winning several Best Picture Awards at film festivals around the country, a Best Producer award for Ken and garnering individual awards for several the cast and crew. The movie has screened internationally and was picked up for worldwide distribution by Bridgestone Multi-Media Group, one of the largest distributors of family-friendly, faith-based films. It also remained in the top 10 of streaming views on Pureflix for several months after its release on the online platform in July 2017. 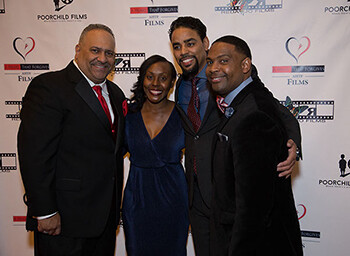 The film takes us on a journey of two foster brothers who chose very different paths in life. Malcolm (Mario Mims) follows his father’s footsteps and begins pastoring a small church while Silk (Charles Malik Whitfield) follows a path of darkness, attempting redemption at his own convenience. Will these two brothers and the people they encounter find the forgiveness they need before it is too late?

From start to finish, it took Ken more than five years to process his grief, make it into a story, then turn it into a screenplay.

“It originally started as my own story of learning how to forgive myself.”

Ken’s story began the morning his wife, an avid walker, left the house for her usual morning routine. A knock on the door from the police not long afterward flipped his world upside-down. Ken’s wife had died of a heart attack and he was left to raise two teenage daughters alone.

“That whole first year as a single parent had me thinking of all the things I could have done better, things I didn’t do right. It was a process of forgiving myself and realizing I had done all I could do. But through that process, I learned that the journey of forgiveness is unique to each of us.”

Ken didn’t want to isolate the film into one aspect of forgiveness. He created four different characters and their individual journey to forgiveness.

“God put people in my path to help me along the way. I met a woman at a radio station who told me about screenplay writing software. I began studying other independent films and met another faith-based writer and director, M. Legend Brown. A few years later, he ended up being my director and connecting me with Pureflix and producer Kelly Gray.”

Drawing his greatest inspiration from the stories in the Bible, Ken talks about how what we do in our lives affects other people. “A Heart That Forgives” was created with other films to follow.

On the heels of the success of his first film, Ken is hard at work on its sequel “A Heart That Forgives 2.” 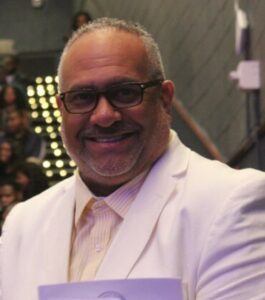 “I created the first film with multiple storylines and lives intersecting. In “A Heart That Forgives 2,” we will delve deeper into the character of Emanuel’s personal road. We’ll see the deeper secrets we didn’t see before and experience the events that brought his world to the edge of destruction.”

From his first film to the subsequent films to come, Ken’s storytelling takes the viewer on a journey of rise, fall and redemption while revealing the power of God’s love—the core of the human condition and the freedom that comes in forgiveness.

“Everyone has a story. Maybe yours is learning how to forgive yourself, or maybe asking someone to forgive you,” Ken said. “At each movie showing, I get asked why we don’t have more movies like this. I tell them, keep praying with me and supporting films like these and I’ll do my part.”

For more information about Ken Jenkins and how to support his work go to- http://aheartthatforgivesthemovie.com/  GoFundMe https://www.gofundme.com/a-heart-that-forgives-2 https://www.facebook.com/AHTFTheMovie/

For more information about Ken Jenkins and how to support his work go to- http://aheartthatforgivesthemovie.com/  GoFundMe https://www.gofundme.com/a-heart-that-forgives-2 https://www.facebook.com/AHTFTheMovie/

REVIEW: Why ‘Unplanned’ should not be rated R