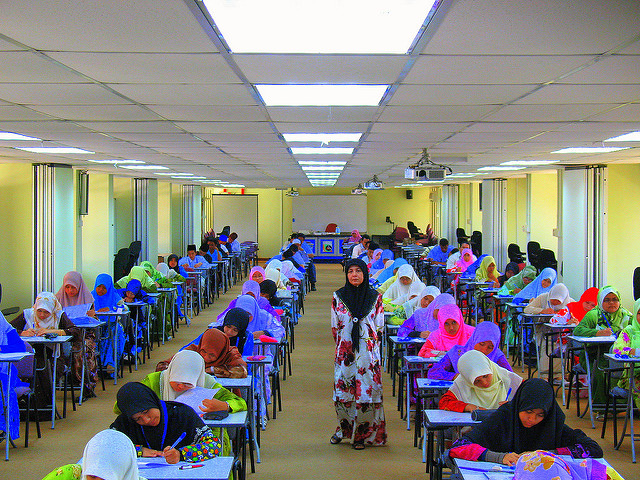 The European Court of Justice has ruled on March 14, 2017 that European companies can ban employees from wearing visible religious or political symbols such as the hijab or the Islamic headscarf.

Asma Bougnaoui lost her job as a design engineer at an IT consultancy firm in France after a customer complained about her headscarf. Before she was hired, she had been informed by management that wearing a hijab might cause problems for the company’s customers.

Two days after the court ruling during a rally at Sakarya, President Erdogan said to his supporters, “Shame on the EU. Down with your European principles, values and justice. They started a clash between the cross and the crescent, there is no other explanation.”

The ruling favored the decision of two separate courts dismissing two Muslim women from the workplace after they refused to take off their headscarves.

According to The Guardian, Samira Achbita has been working as a receptionist for an outsourcing and security company in Belgium for three years. She was fired in 2006 for wearing a headscarf at work. The company claimed that Achbita broke the unwritten rules forbidding the use religious symbols in the workplace.

In the second case, Asma Bougnaoui lost her job as a design engineer at an IT consultancy firm in France after a customer complained about her headscarf. Before she was hired, she had been informed by management that wearing a hijab might cause problems for the company’s customers.

The ECJ ruled that companies have the right to ban political, philosophical or religious symbols within the workplace if they wish to project a neutral image.

“An internal rule of an undertaking which prohibits the visible wearing of any political, philosophical or religious sign does not constitute direct discrimination,” the court said.

Christians in Indonesia Demand the Right to Worship

Bible for the Deaf Launched in Cape Town