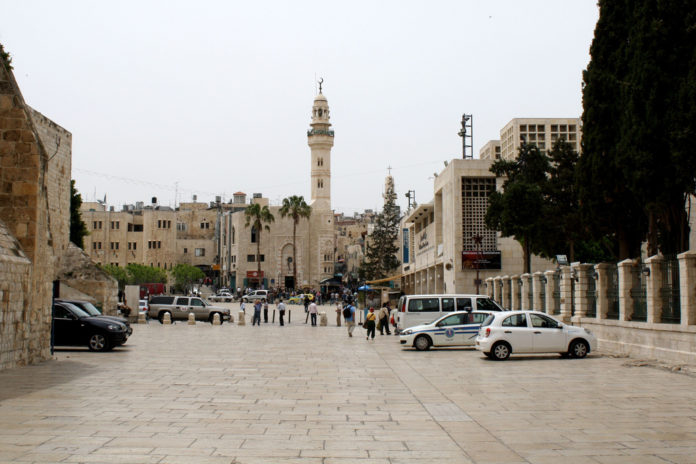 Thousands of Christians from around the world gathered in the biblical town of Bethlehem for Christmas Eve celebrations ahead of a midnight mass. Despite busy work schedules and the cold weather, pilgrims, tourists and local Christians flocked to Manger Square believed to be the birthplace of Jesus, Al Jazeera reports.

The town of Bethlehem is located in the occupied Palestinian territory of West Bank and security was heightened on December 24 following recent terror attacks against believers in neighboring Egypt and Jordan.

Outside the town’s Manger Square, Christmas carols in Arabic rang out from loudspeakers. Some scout groups paraded with bagpipes and sang carols to the crowd. Festive red and golden lights illuminated the square and Christians took photos near the square’s giant Christmas tree.

Sharolyn Knight, a 28-year-old teacher from Georgia, said she was in Bethlehem for the first time and experiencing mixed emotions. “It’s been sobering and humbling because it’s a place with a lot of heavy stuff, religious and historical. At the same time, disillusioning because there is so much strife in the place where Jesus was born.”

Ramzi Abu Khalil, who was wearing a red Santa hat, told Agence France Presse, “this is Christ’s land, the land of peace.”

Tourism officials said tens of thousands of tourists are expected to visit religious sites including Bethlehem, Jerusalem and Nazareth over the holidays. Israel’s tourism ministry said some 120,000 visitors were expected in December, half of them Christians.

Christianity is Growing Despite Persecution

Christians Challenged to Give Up Plastic This Lent