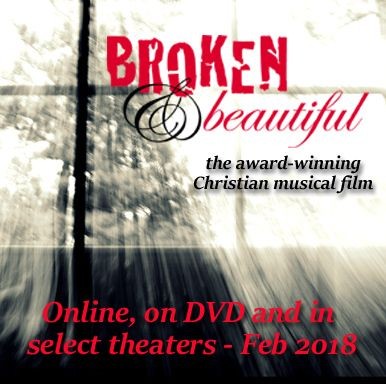 Broken & Beautiful, an award-winning Christian musical film, will premiere at the Laemmle Playhouse 7 Theater in Pasadena on Thursday, February 15 at 7 p.m. Christian filmmaker Erin R. Dooley will be hosting the event, which is the kick off of a 10-city tour in select theaters throughout the US during Lent. The film will play in Orange County at The Picture Show Theater in Santa Ana on Sunday, February 18 at 7 p.m.

“I am releasing the movie during Lent since it focuses on people of faith going through struggles and how they can turn back to God,” says Dooley. “We can all relate to that, right? Well, maybe we don’t break out into song like the characters do, but something in the film can resonate with most people.” Dooley sees her career in film as a calling and uses her projects to promote positive messages and point people to God. Originally from the suburbs of Chicago, Dooley is currently a resident of Alhambra, CA, and attends St. Therese Church in Alhambra.

Broken & Beautiful weaves together stories of the lives of members of All Saints Church. Through the music of contemporary Christian artists, the characters’ dark secrets are exposed, despite their best efforts to cover their imperfections. With themes of judgment and hypocrisy, forgiveness and unconditional love, Broken & Beautiful deals head-on with struggles in today’s world. The film uses 23 contemporary Christian songs, many of which can be heard on Christian radio. 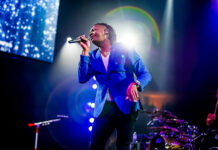 Newsboys say they will tour until they are 80: We are just getting started!

Movies Michael Foust - October 7, 2021
Michael Tait says he’s spent most of his life “on the road” while traveling in a bus from city to city and performing in...