Southern California Christian Voice
Home News National How YOU Can be a Part of Changing the History of Our... 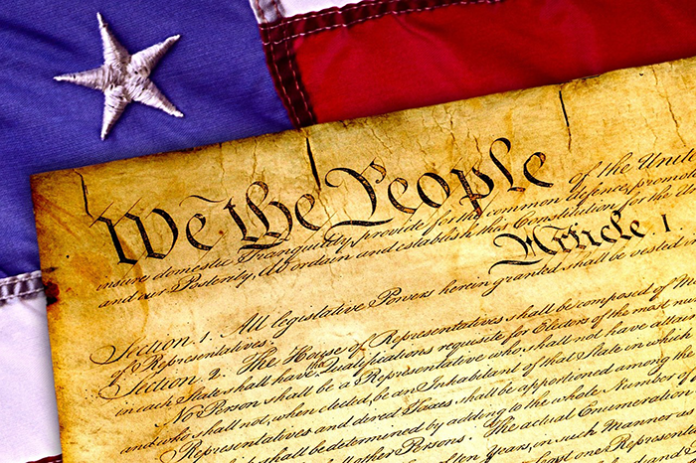 Many Americans have expressed great concern for our nation. We live in confusing and volatile times that can make us feel hopeless and ineffective.

Most Christians would agree that Prayer is the conduit needed for change in our nation.

The problem is, today’s average Christian doesn’t have the time, contacts or energy to stay informed about the issues that affect our local areas much less state and national levels.

If you’re like me, it can be overwhelming to keep up with all that’s going on in our country. Yet, I know that God is calling me to pray. Quite frankly, with conflicting media reports, I don’t even know what to trust. I want to be more involved. Really, I do. And now I can—and so can you!

Here’s How: Intercessors for America (IFA)

IFA exists so that YOU can be a part of changing the history of our nation by connecting, informing and mobilizing intercessors to pray for our nation and our leaders.

Since 1973, IFA has been uniting Christians in churches and communities nationwide with information and tools to unite them in effective prayer.

“I urge you, first of all, to pray for all people. Ask God to help them; intercede on their behalf, and give thanks for them. Pray this way for kings and all who are in authority so that we can live peaceful and quiet lives marked by godliness and dignity. This is good and pleases God our Savior, who wants everyone to be saved and to understand the truth.”  I Timothy 2:1-4:

Since 1973, IFA has been uniting Christians in churches and communities nationwide with information and tools to unite them in effective prayer.

IFA Offers the Resources to Help

All of this and more is available on IFA’s easy to navigate website. IFA is also on Twitter and Facebook, where you can be a part of live video feeds uniting participants in prayer on the first Friday of each month. Or you can simply call a number provided to join thousands, yes thousands, of other Christians in prayer and fasting. 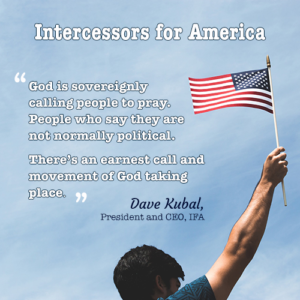 President and CEO, Dave Kubal of IFA graciously took the time to explain more about IFA’s mission. Dave has been a part of this amazing organization for over 8 years.

Can one person make a difference in the world? The answer is yes! Think about it. When one person influences a few others, there is a ripple effect, that over time, can impact thousands.

But more than anyone else, Jesus Christ has influenced history.

As Christ-followers, we too, have the power to change history. “Christ lives in you. This gives you assurance of sharing his glory.” Colossians 1:27

You and I can be a part of this movement of God, changing the history of our nation through the power of prayer!

For more on Intercessors For America go to https://www.ifapray.org

The “Real” One Best Idea for Ending Sexual Assault

Honoring Our Vets: American Legion Gears Up for 100 Years of...