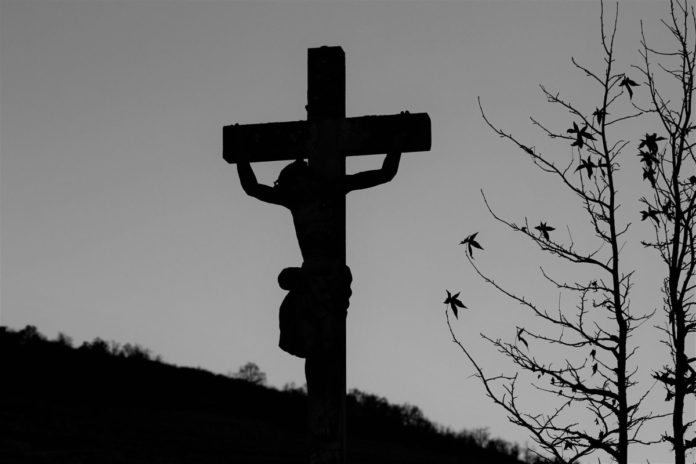 First, a heartfelt disclaimer—I cannot reflect on the events we commemorate this week of Easter and find comments worthy of any of them. There are times that bring a deep and compelling urge to say something profound—like when we first behold our newborn child, or when we gaze at some astounding natural phenomenon for the first time, or when we look into the eyes of someone we love in ways that words can’t begin to touch and see a reflection of our own heart looking back. Times like that cry out for something far more than we are capable of producing, and yet, in spite of our hopeless incapacity, they will not let us abandon the effort, so we fumble about in our pitiful repertoire of linguistic tools, looking for something to say that feels less than insulting to the moment and to the One who gave it.

Humanity’s core meaning, purpose, and value to God are encapsulated within these events. Together, they unveil the underlying essence of all that is vital and profound in this life. Among other reactions, Easter proposes questions that we egocentric human beings would rather avoid, so we tend to dismiss them as irrelevant. But many of those who do gather the courage to confront them discover life-changing realities.

A Search for Meaning ~

It is important that we look beyond just the historical reports of the events that took place during “Passion Week.” We must explore what those events mean.

If Jesus’ resurrection, for instance, was a victorious event, then against whom, and over what did He prevail? If He engaged an enemy on the cross, who or what was it? If His resurrection was indeed triumphant, what force opposed Him, and in what way did He overcome? In reference to what, exactly, do we raise our praise songs of victory and triumph every Easter? And what, if anything, does any of it have to do with us? 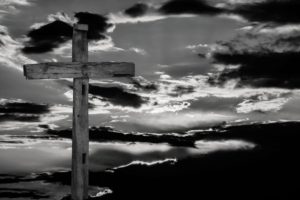 Every year we hear someone declare that Jesus was victorious over a trilogy of enemies; i.e., “death, hell, and the grave.” But does that comment miss something? Suppose the real conflict was not against any of them directly. If Jesus’ opponent on the cross was death, then it sure looks at that point like death won. If His fight was against the grave, then how is it that He had to occupy one? If His conflict was against the reality of hell, and if He won, then how is it that He had to endure its multitude of torturous agonies? Clearly, God’s eternal adversary, Satan, was the instigator, but Jesus’ ultimate enemy on the cross was the one common denominator that brings all of them together, and the thing that allows each of them to exist. That enemy was, and is, sin itself.

The cosmic war that culminated in the decisive battle on the cross began long ago. With Adam’s transgression, sin moved from the realm of possibility to the reality of an individual act. From there, it was transmitted as an inescapable and unavoidable human characteristic and has always been the separating issue between God and man. The separation from God that death represents has always been Satan’s objective, but sin is the lethal warhead on every weapon and the core of all our conflicts with God and each other. Hell is the final repository of sin’s prey, but it is unresolved sin that confines its residents there. Jesus’ enemy wasn’t death or the reality of the tomb, and His persecutor on the cross was not hell’s fire and brimstone. It was sin, and not just sin as a detached theoretical concept, but sin in its awful destructive power, with all of its terrifying individual torments. The truth that is both sobering and glorious about the effects of sin that we see inflicted on Jesus is that the precipitating sins were not His because He had none. The sins afflicting Jesus were ours—imputed to Him by the Father, in order to give us hope.

Jesus won because He took everything sin could generate—every disappointment, every loss, every humiliation, every heartbreaking betrayal, every cruel abandonment, every level of hopelessness and despair, every dark specter of isolation and loneliness, and every searing physical pain. He took it all. He absorbed every weapon in sin’s arsenal — weapons meant for us, weapons loaded with ammunition we provided. The battle was not over until sin had been emptied of everything it could hurl at Him. He declared it “finished” when there was no fight left in His opponent, and at that point, He released His spirit and allowed death to claim His body. The tomb sealed death’s reality, confirmed its role, and validated its final authoritative act. 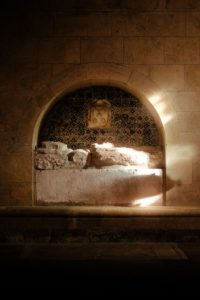 Then, in precise accordance with His promise, three days later He arose! And the sin He defeated on the cross was powerless to stop Him. The grave was powerless to keep Him, and the vindicated righteous Law of God, left hell powerless to claim Him. Now, He lives and stands in absolute, undisputed, and eternal victory over sin and all of its cohorts. And now, in a display of love and grace as astounding as Jesus Himself, we have a personal invitation to be included as though we were with Him, as though we were in Him — in everything from Calvary to “Resurrection Morning.”

Opening our hearts to Him does more than affirm our agreement with His teaching; it forms a relationship that unites us with Him, and that makes every triumph of Passion Week as much ours as His.

God’s invitation to personally participate in Easter’s events reveals His purpose in it all. By confessing and acknowledging the reality of our own futile battle against sin, and claiming, by simple faith, Jesus’ payment for its awful penalty as our own, His eternal victory becomes ours as well. As the Apostle Paul declared so clearly,

I have been crucified with Christ; it is no longer I who live, but Christ lives in me; and the life which I now live in the flesh I live by faith in the Son of God, who loved me and gave Himself for me. (Galatians 2:20 NKJV)

Without that, we are left fighting a war we cannot win, and Easter holds no personal benefit for us, in which case, it is reduced to what it has become for so many, nothing more than a parade of empty religious clichés, fictional rabbits, sugary confections, and plastic eggs. 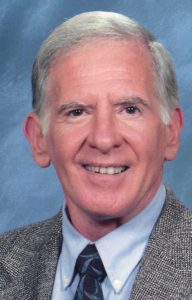 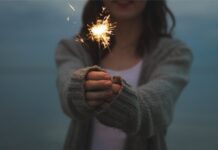 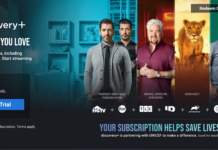 UK Church Reopens After Six Decades to Reach the Youth

Online Church Attendance Pitfalls for Families and How to Avoid Them