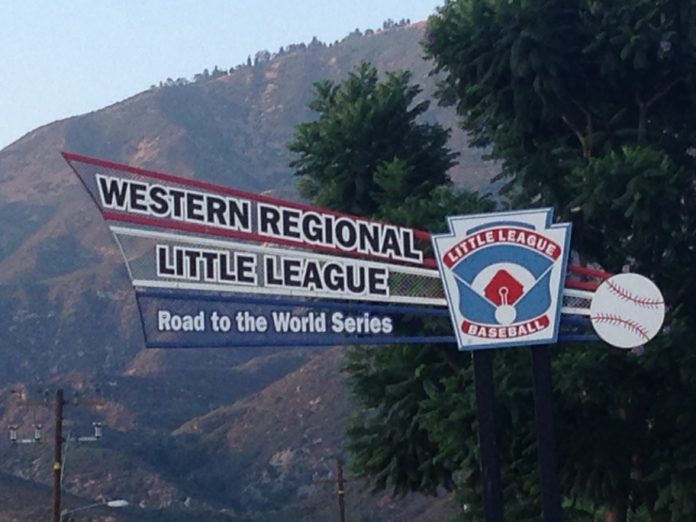 It’s long been said that Baseball is America’s pastime. And Little League baseball embodies many reasons the saying still holds true today. From the stadium foods and traditions such as—peanuts, hot dogs, the seventh inning stretch, the song “Take me out to the Ballgame”—baseball helps usher us into summertime as well as fond childhood memories.

Every professional baseball player dreams of making it to the World Series. But before he made it to the pros, chances are, he played baseball as a youth and possibly in Little League.

The tournament has gained in popularity. Games from the Series and regional tournaments are broadcast on ESPN. 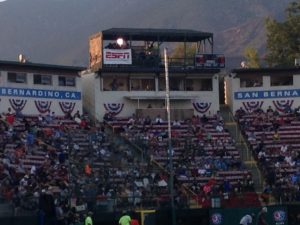 More than 6,000 people of all ages attended the double-elimination tournament, which also includes state champions from Arizona (Chandler), Hawaii (Hilo) and Utah (Dixie), and a squad from Northern California (Canyon Creek of San Ramon).

Southern California secured a 7-2 win after being locked in a pitchers duel until the fifth inning when So Cal brought in six runs.

The winner of the regional advances as the Southwest representative in the Little League World Series, which begins Aug. 17 in Williamsport, Pa.

Want to catch a game in the Western Regionals? See the schedule at  http://www.llbws.org/llbbws/west.htm

For more information on the Little League World Series http://www.littleleague.org/Little_League_Big_Legacy.htm