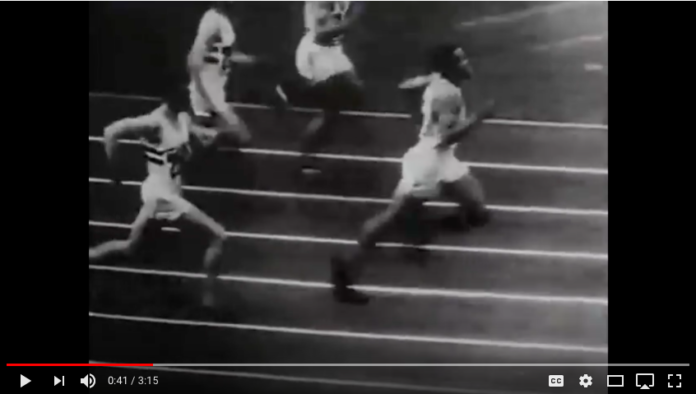 The film was nominated for the 2017 NAACP Image Awards for Outstanding Documentary. Its feature Song “Find My Victory,” made the 2017 Oscars Best Original Song longlist. It highlights the lives of 18 brave African-American Olympians, who defied the odds at the 1936 Olympics in Berlin, Germany, all while bringing glory and honor to the One who gives that right to victory for African American pride, Jesus Christ.

“As a filmmaker, I am inspired and eager to shine light on the untold and intentionally and unintentionally dismissed stories, voices and characters that make up the rich tapestry of African American history,” acclaimed filmmaker and advertising agency executive, Deborah Riley Draper said. “It’s an unbelievable story and we are honored to tell it.”

“It’s an unbelievable story and we are honored to tell it,” acclaimed filmmaker and advertising agency executive, Deborah Riley said.

These 18 African-American Olympians, including Jesse Owens, overcome Jim Crow segregation and Nazi racism, in the name of Jesus Christ, as they win hearts and medals at the 1936 Olympic Games in Berlin. History remembers the accomplishments of one of them, Jesse Owens. This is the story of the other 17.

The Roswell Roots Festival, currently running from January 22, 2018-February 28, 2018, is a festival that celebrates African American history and culture. It is one of the largest and most comprehensive celebrations in the state of Georgia. It offers guests the opportunity to share in our diverse history while discovering more about our African American heritage, art, food and contributions.

By showing Olympic Pride, American Prejudice, Boy Scout Troop 206 and Boy Scout Troop 2206 will raise funds in an effort to expand their scouting programs to better equip and guide the boys to become men of honor, character and morals. The film sheds light on the use of sports as a social justice platform and allows the Scouts to earn merit badges for Journalism and History.

For more information about the event, watch the trailer at https://www.youtube.com/watch?v=97Icc35DJPM&feature=youtu.be, visit www.1936olympicsmovie.com and purchase tickets on Eventbrite https://tinyurl.com/y7hkwdxe or in-person at Zion Missionary Baptist Church in Roswell or St. James United Methodist Church in Alpharetta.

REVIEW: ‘Gosnell’ isn’t gruesome, but it IS appalling and eye-opening