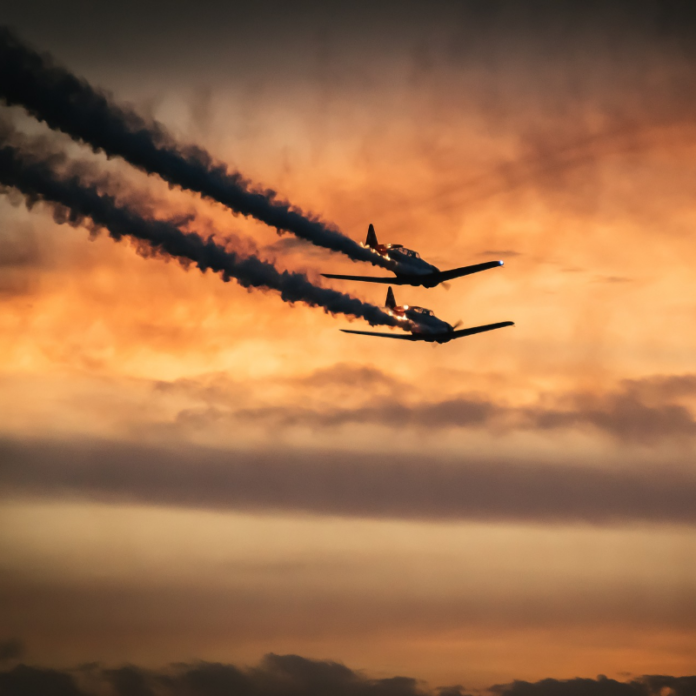 Carla Epp of Apple Valley shared her inspiring life story on September 11 at The Community Church at Jess Ranch’s monthly “Round-Up.” Her story is also featured in Footprints From Around the World, a Dorothy C. Blakely Memoir Project in which local high school students interviewed “memoir stars” and compiled them into a book published by the High Desert California Writers Club.

Carla began by telling how both sets of grandparents came to the U.S. from Sweden. One grandfather became a Swedish Free Church pastor. Having Godly parents, too, her mother a nurse and her father a dentist who often did dental work on missionaries, Carla thought maybe she would become a missionary one day, perhaps in Africa.

“Depend on the Lord to be there for you. He’s got us covered. I’m thankful I’m a child of his!”

There were many turning points in Carla’s life, including accidents and hospital stays. At age four she drank cleaning solvent and turned blue. On Labor Day seventy-five years ago, she was in a serious car accident with her sister. She also discussed how years ago, she learned her only son, Byron had Down syndrome at a young age, and the steps she and her husband Paul took to help with Byron’s development.

Carla’s parents taught her divorce was wrong, so she grew up thinking it would never be a part of her life, but sadly it was.

“I fell in love, but since it was my goal to be a nurse, I started nurse’s training at the Hollywood hospital where I was born.” In those days one couldn’t be married and be a nurse,” she said.“So, I went home to get ready for marriage and worked in my father’s dental office.”

In Turlock where her parents were living, Carla taught junior high students with emotional handicaps. She described spending hours one weekend trying to put strings back on a loom that had come apart. “It was such a mess, and so much like my life.”

Positive turning points include a summer program through Long Beach State College at the University of Upsalla in Sweden, and meeting her husband Paul who loved to fly. Because flying was terrifying to Carla, especially when there was pea-soup fog, she set a challenge for herself and obtained her own pilot’s license, a feat she described “like climbing Mt. Everest.” Subsequently, she acquired her commercial pilot’s license.

Carla flew in all kinds of weather and always felt God’s protective hand keeping her and her family safe. “After that (obtaining her pilot’s license), there was always someplace to go.”

Carla flew to Baja, California to a mission that needed patients flown out and doctors flown in, to New York, Montreal, British Columbia World Fairs, Oshkosh, Wisconsin, Mackinac Island, Michigan, and many places around the world, including Brazil, into “uncharted Territory.”

Carla flew in all kinds of weather and always felt God’s protective hand keeping her and her family safe.

She flew in all kinds of weather and always felt God’s protective hand keeping her and her family safe. She shared “The Airman’s Psalm” based on Psalm 23. I told Carla that I’ve never been in a small plane, but would trust her as a pilot because of her strong faith in God.

In the last two years, Carla, now in her eighties, has fallen twice. “I’ve learned that physical weakness changes a lot of things.”

The fall was humbling and affected her family in many ways, but Carla relies on her faith in God all the more.

Carla lost her husband Paul Epp a couple of years ago, and her life now is in her church where she sings in the choir.

The theme of Carla’s life could be summed up in her words: “Depend on the Lord to be there for you. He’s got us covered. I’m thankful I’m a child of his!”

Also in attendance at the “Monthly Round-Up,” was Bob Isbill and his wife, Judi. Bob is a High Desert California Writers Club Member and founder of the Dorothy C. Blakely Memoir Project, of which the evening’s program was an extension. The latest book, Footprints from Around the World which features Carla’s story along with many others, is available on Amazon.com.

The evening ended with Carla playing the piano and attendees singing “How Firm a Foundation.”

Love is the answer God is the cure by Aimee Cabo...

‘Uninvited’ Book Review from the Beauties from Ashes Series